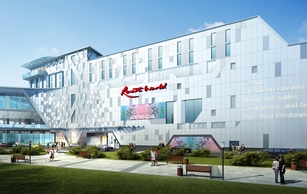 Resorts World Birmingham will comprise of:

A designer outlet centre with 50 units selling a range of discounted fashion, shoes and electronics

A multi-use banqueting and conference centre

A wide range restaurants and bars

Earlier this year, Birmingham City Council (the UK’s largest local authority) revealed that it was selling off the NEC Group and its four venues. The Council needs to make good on a massive budget deficit. It has also been rumoured the Council expects to pay out huge fines for gender discrimination (up to £1billion, having paid men more than women for doing the same job).

The Council’s does not deny the need to raise capital but has taken the stance that the venues will develop and offer greater employment potential in the hands of the private sector.

Sir Albert Bore, the council leader said: “We invested in the NEC nearly 40 years ago to drive regeneration but we’ve hit a point where it needs to be able to adopt the financial disciplines of a private, rather than council owned company.”

Bore denied the proceeds of the sales would go to paying fines but accepted the Council’s coffers needed funds. He would not be drawn on why the International Conference Centre, the LG Arena (at the NEC) and the National Indoor Arena along with the NEC, which all host hugely profitable international events with long-term profit streams (£15.5million profit last year), would be sold for short term gains.

Staff at the venue are concerned about the future of their jobs whilst also relishing the prospect of increased job opportunities as the 538,000sq.ft Resorts World Birmingham development nears completion.

Peter Brooks, President and Chief Operating Officer of Genting Casinos UK which owns and runs Resorts World venues both in the UK (as the UK’s largest casino operator) and overseas (Manila, Singapore and New York) said: “Resorts World Birmingham is by far our most ambitious project to date - with a budget and scale to match.”

The company states it has a corporate strategy geared managing and minimising its environmental impact and is clearly in favour of utilising building management controls to this effect. ABEC has won a contract to install a new building energy management system (BEMS) at the NEC which will give the site’s management team full control over the primary ventilation, chilled water, low temperature hot water, energy loop and cold and hot water services. The new BEMS will also cover the complex’s retail units and provide automated zoning. ABEC is also providing a full BEMS solution to every room in the 170-bed hotel onsite.

Andrew Dyke, Technical Director of ABEC, said: “Leisure is an important sector where energy use is concerned – a high volume of visitors, across a large site with multiple points of energy use means full control is vital. We are working with Briggs & Forrester to deliver this project for Resorts World, which will enable full control over and optimisation of the energy throughout the site.”

Genting Casinos UK cites the NEC Group as one of its partners (it has not purchased the Group) along with a number of others. Below are those listed on the Resorts World website.

Realm is a specialist asset manager and developer of retail space and currently manages the largest portfolio of outlet centres in the UK.

Solihull Council will be playing a major role in coordinating the employment opportunities generated by Resorts World. Utilising their experience of the Borough and contacts among employers and trainers, SMBC will be a vital conduit in the recruitment process.

As one of the primary vehicles for promoting and fulfilling local jobs, Jobcentre Plus will work closely with Solihull Council, Solihull College, Genting Casinos and Galliford Try to ensure that local people will be able to take advantage of the opportunities created at Resorts World.

Solihull College is a further education and skills provider in the Solihull Borough. They will work closely with Genting, Galliford Try and other recruitment partners to ensure that local people can identify and achieve the appropriate skills to qualify for jobs at Resorts World Birmingham.

Galliford Try is one of the largest construction contractors in the UK. They have been appointed to construct the Resorts World complex. During the construction phase Galliford Try will be recruiting for a range of vacancies which will be coordinated through our recruitment partners.

The NEC is one of the most successful and well established exhibition and entertainment venues in the UK. As the first purpose built exhibition complex to be opened in the UK it has been home to some of the biggest shows, exhibitions and events ever staged in the UK. Currently over 900 events a year are held at the NEC site attracting visitors from all over the world.