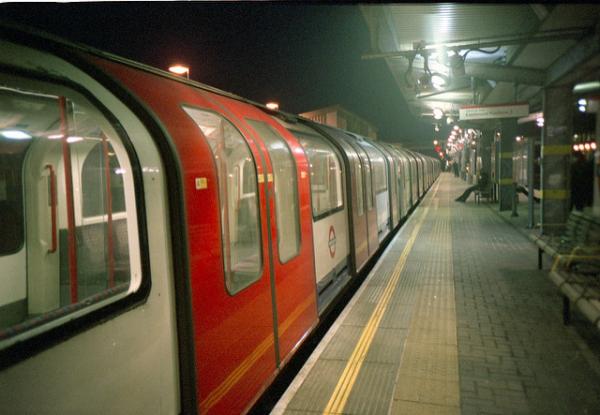 Transport for London (TfL) is advising customers that there will be a severely reduced service across the network all day on Monday because of strike action by the RMT and TSSA unions.

Station staff who are members of the unions will be/have been on strike from 18.00 on Sunday 8 January for 24 hours. This is causing severely reduced services on Monday. TfL will try to run as many services as possible but customers are advised that most Zone 1 stations are likely to be closed throughout the action.

Although National Rail services is not be affected by the strike there is no Underground services from key interchange stations such as Victoria, King's Cross, Waterloo, Paddington, Euston, Bank and London Bridge.

Piccadilly line services were planned to run between Hammersmith and Heathrow Terminals 1, 2 and 3 but (at time of writing - Friday 6) there would be no service to Terminals 4 or 5. There will be no service at all on the Victoria or Waterloo & City lines and all other lines will be severely affected with limited services in outer London.

For customers travelling to Canary Wharf from central London, Docklands Light Railway (DLR) services will be running, however they will be busier than usual. River services will also link central London and Canary Wharf. Customers using the DLR are being advised that there may be changes to services towards Bank, with trains instead terminating at Shadwell or Tower Gateway.

Buses, roads and rail services are expected to be much busier than usual, particularly those bus routes serving major interchange stations. TfL will be deploying Travel Ambassadors in order to help customers get around the city, over 100 extra buses will be deployed to enhance existing routes and river services will also be enhanced.

There will be posters, digital boards and announcements in stations to keep people informed of the latest level of service and all customers are advised to check before they travel at tfl.gov.uk/tube-strike and use the live update services @TfLTravelAlerts, @TfLTrafficNews and @TfLBusAlerts on Twitter.

A recent independent review of the programme by London TravelWatch found that steps need to be taken to ensure that customers continue to receive the service and support that they need. TfL has committed to addressing the recommendations in the report by London Travelwatch and has started this process, working with the unions to review the staffing model and put more station staff roles back in where needed.

Steve Griffiths, London Underground's Chief Operating Officer, said: "It is clear that some more staff for stations are needed. We have started to recruit them and will continue to work with the unions to implement the recommendations made in the review. We believe that this will help us to provide a better service for our customers and ensure that they continue to feel safe, secure and able to access the right help while using our network."

TfL remains in discussions with both unions in order to try to resolve the dispute, which centres around the ticket office closure programme that was completed in early 2016.

Mick Whelan, general secretary of ASLEF, the train drivers’ union announced on the morning of Wednesday 4 that the union will be striking for three days this week and for a further three days at the end of this month. Originally, the strike was announced as a six day stoppage.

In addition, an overtime ban continues.

The two main parties - Southern Rail and ASLEF held talks on Tuesday 3 (the RMT is also involved but were not at the talks) which broke down without any further agreement on Driver Only Operated Trains. Whelan said: "The company has not been prepared to move – it is simply going through the motions, turning up at ACAS, as it did yesterday, and telling us that it intends to impose DOO. We remain committed to a negotiated settlement, as was reached with ScotRail but it is difficult to negotiate with people who are not prepared to be flexible. We still believe a deal can be done but we are, at the moment, a long way from that position." More strike dates could follow.

Responding to ASLEF's announcement, a Southern spokesperson said: “This is a cynical ploy to minimise the impact on ASLEF’s drivers’ pay packets and maximises misery, disruption and hardship for passengers. ASLEF’s move shows pure contempt for the travelling public and it still causes massive disruption over next week. These strikes are pointless and they should call the whole thing off and let common sense prevail.”

Planning for the worst

Southern Rail has confirmed that none of its train services will run during next week's three-day ASLEF drivers' strike. But it has announced it is putting in place a number of alternative measures to try to help those commuters who have essential travel needs.

The train operator is organising 200 coaches/buses each day to provide road links for essential travel from nine Southern stations (see below) into nearby neighbouring train networks where they can connect into other train operators' services.

Southern advises that capacity on the buses will be limited and journey times will take much longer. Ticket acceptance on other operators’ transport has been put in place (full list on www.southernrailway.com).

It is also advising people to work from home or remotely if they can, stagger journeys if possible and to only travel if it is essential and allow plenty of extra time for journeys.

Angie Doll, Southern's Passenger Service Director, said: "There will be significant disruption and hardship next week caused by these pointless and unnecessary strikes. With this package of measures, we are putting in place a very limited number of alternative options to help people with essential travel needs get where they need to be. Unfortunately, there is no practical way we could replace 2,000-plus trains we run each day with buses but what we are doing is providing transport to link some passengers into other operators' stations where services are running normally.

"These buses will run from a small number of stations and space will be very limited, so we are asking those who don't need to travel, or who have a viable alternative, to leave the space for those who have no other option. Anyone who does travel should expect to queue, plan for longer journeys and realise the service they join will be exceptionally busy."

www.southernrailway.com/your-journey/strike/aslef-strike including how to claim strike compensation.

The Rail Maritime and Transport union has confirmed that balloting has concluded in two separate disputes on London Underground with majority votes for action being...