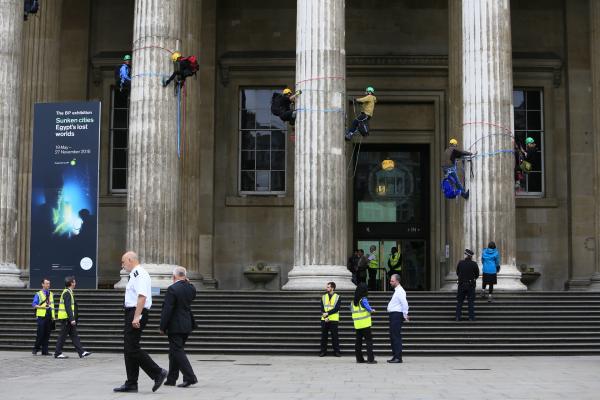 Despite the fact that Greenpeace has become more active in its demonstrations (including the scaling of Nelson's Column recently), security personnel and the police were caught out and powerless to stop up to 85 rope climbers as they aimed to hang seven huge banners down the front columns of the museum. The banners carry the names of cities and regions struck by flooding and climate change disasters.

The Sunken Cities showcase – which opened Thursday 19 – displays artefacts recovered from two ancient cities submerged under the Mediterranean. Greenpeace is calling the exhibition ‘Sinking Cities’ as it calls on the British Museum to end its partnership with BP. Earlier this year, a long-running sponsorship deal between BP and Tate ended after a six-year campaign by activists concerned by the association with a company whose actions they claim contribute to extreme weather, destructive storms and rising seas.

A statement obtained by TWinFM from BP reads 'BP has a long history as a major supporter of arts and culture in the UK and we are proud to have partnered the British Museum for 20 years, supporting significant exhibitions such as the new Sunken Cities exhibition'.

Greenpeace Campaigner Elena Polisano said from outside the Museum. “BP sponsors the British Museum to clean up its image, burnish its reputation and secure political access. It wants to keep digging up fossil fuels well into this century. It even wants to continue drilling in the Arctic. And now it has its logo on an exhibition about cities lost to rising seas. It’s a stunning irony.”

The 27-foot-long banners cover seven of the famous columns at the entrance to the Museum. They carry the names of New Orleans, Manila, and Maldives, as well as those of UK towns hit by devastating floods in the past, such as Boscastle and Hebden Bridge. There are also two banners that mimic the publicity materials for the exhibition, swapping pictures of the sunken cities with those of recent flooding in West Yorkshire below the words ‘The BP exhibition Sinking Cities – Flooding Our World’.

To renew or not to renew?

Hartwig Fischer, the new director of the Museum, will will be responsible for renewing sponsorship with BP. Last month, artists, scientists and politicians signed a joint letter expressing their concern and asking Fischer to end the ‘out of touch’ partnership with the oil firm.

Last weekend, the Sainsbury family, whose trusts have given millions of pounds to the British Museum, came out against the BP deal, stating in a letter: 'while governments in Paris committed to transition away from fossil fuels, BP remains a barrier to progress'.

Picture: Security personnel and the police were powerless to stop Greenpeace campaigners causing high anxiety to the British Museum and sponsor, BP 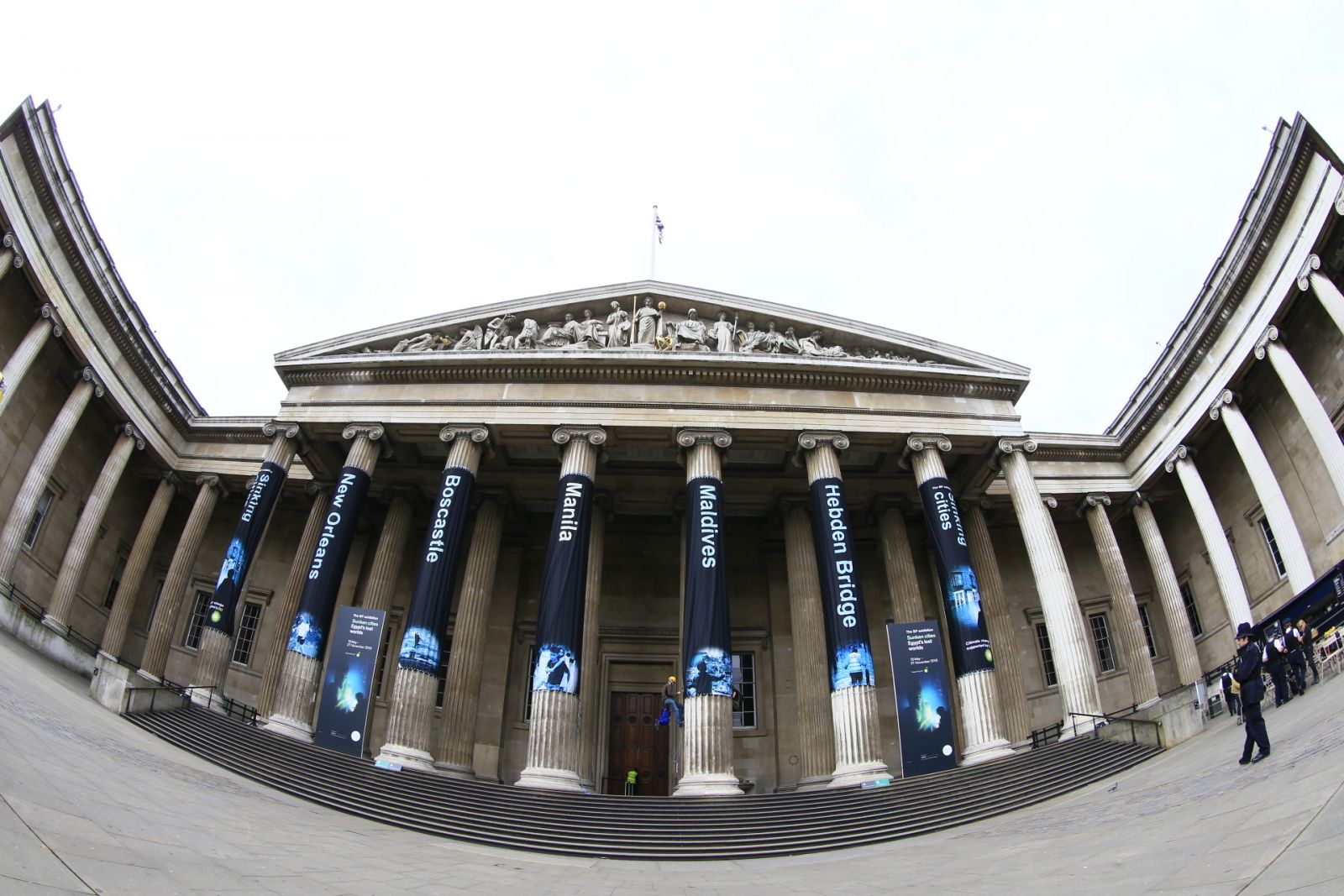 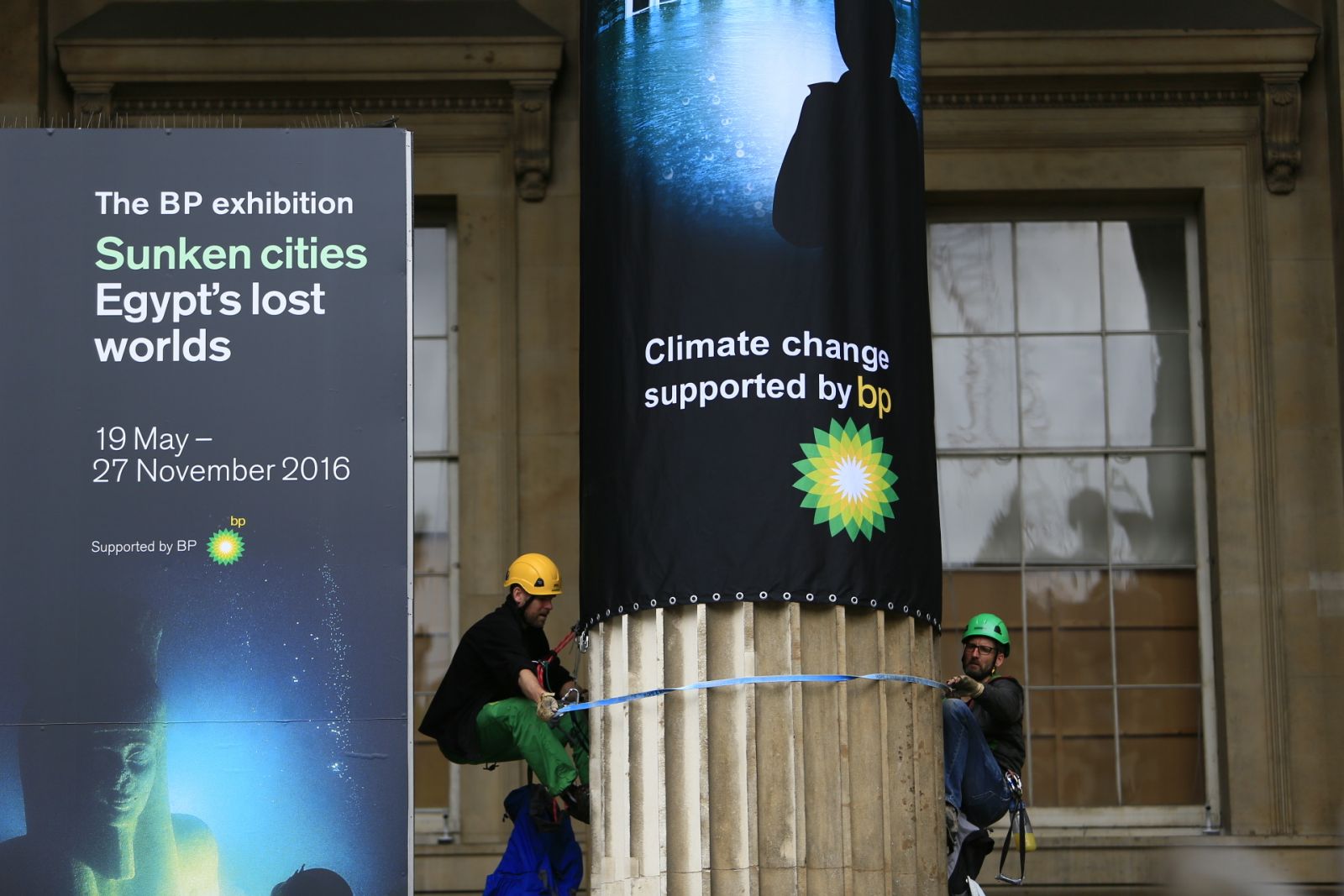 Professional services firm JLL is to continue its relationship with bp, providing workplace and real estate solutions to support bp's net-zero ambitions. The...

The environmental group Greenpeace has installed what it terms a ‘life-like’ 10-metre fracking rig and drill at Parliament Square this week to ‘bring...