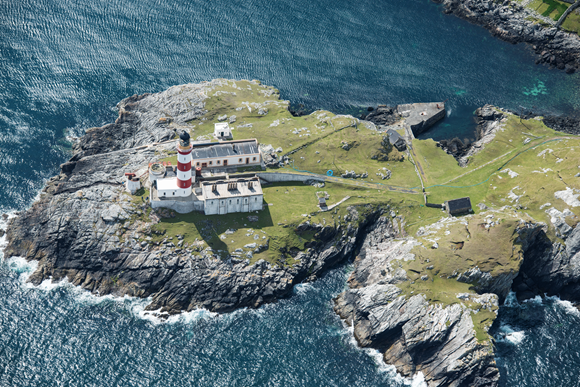 Historic Environment Scotland recently launched its new climate adaptation plan. "Climate ready HES" sets out a series of actions that HES will undertake in order to prepare for, and review the risks and impacts associated with climate change, as Scotland experiences more extremities in weather and continues to move towards net-zero.

The plan is a flagship deliverable of HES’s ambitious Climate Action Plan (2020-2025) and operates alongside other key climate action commitments, such as HES’ ambitions to achieve net-zero emissions by 2045.

“We hope that this plan will not only help to improve our organisation’s own resilience to the risks and impacts of climate change, and in turn that of Scotland’s historic environment, but also that it will bring benefits to the wider sector.”

Accelerating climate change is already posing a threat to Scotland’s historic environment and cultural heritage sites. Changes to the climate are increasing the frequency and intensity of physical climate risks, illustrated by the flash-flooding across Edinburgh in July 2021, which was the result of unprecedented heavy rainfall and directly impacted Edinburgh Castle.

Sites that are given elevated status as cultural heritage sites of historical importance are to be protected as a focus against building developments and the environment –Westminster Council has approved plans to demolish the former M&S superstore on Oxford Street London, as the building was assessed for potential protection for special architectural and historic interest, but it was decided that it did not meet the criteria for listing.

SAVE Britain’s Heritage called on Westminster councillors to refuse plans, on the basis of the site being an “art deco landmark”. They see the site as representing a period of growth during the inter-war period which saw Oxford Street cement its place as one of London’s most historical and identifiable streets.

In developing the plan, HES established a cross-organisational group to carry out a strategic level climate risk assessment which identified key climate risks where the organisation believes further action is required. The approach taken to carry out this assessment was informed by tools and guidance developed by Adaptation Scotland and its partners.

This new adaptation plan details HES’s primary adaptation response to the climate risks of concern identified. This is a series of priority actions including committing appropriate resources to climate change adaptation, mainstreaming ‘adaptation’ action into HES plans and policies, and integrating climate risk assessments into all relevant decisions the organisation takes.

These priority actions are crucial to reduce the impact of physical climate risks where possible, like extreme weather events and spread of invasive species, and to address additional risks that the organisation will be exposed to as society responds to the climate crisis and transitions towards a low-carbon economy.

Setting an Example for Proactivity

"The need to be climate-ready and to proactively prepare for the risks and impacts associated with climate change has never been clearer – 2020 and 2021 have been marked by many notable extreme weather events occurring around the globe, with the influence of climate change clear to see.

"We hope that this plan will not only help to improve our organisation’s own resilience to the risks and impacts of climate change, and in turn that of Scotland’s historic environment, but also that it will bring benefits to the wider sector."

Anna Beswick, Adaptation Scotland Programme Manager at Sniffer welcomed the new plan, saying: "Climate Ready HES’ tells a compelling story. It offers deep insights on the climate risks that are affecting the organisation and provides a very strong response to the climate crisis.

"The process of developing the strategy is as important as the document itself and I am delighted to see the high-level of engagement from across the organisation. This collective commitment is why Climate Ready HES is amongst the most progressive climate adaptation responses in Scotland. It will also be crucial in implementing the strategy.

"We congratulate our HES colleagues on reaching this important milestone and look forward to working together in the years ahead to enable Scotland to adapt to climate change."

The plan can be viewed on the HES website here: www.historicenvironment.scot/climateready