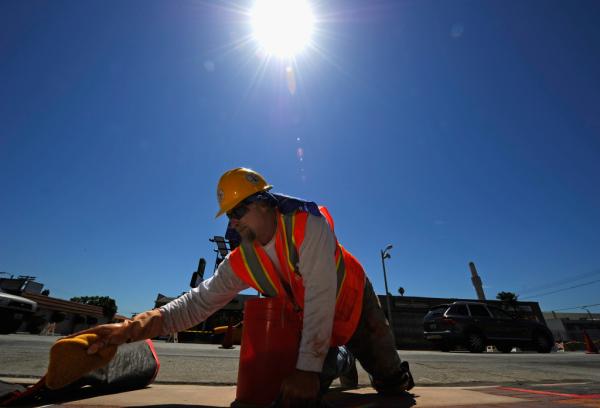 Acting as a stark warning to seek diagnosis and treatment at the earliest opportunity, ECIS, the employee benefits company for the construction sector has published figures showing that the cost of health insurance claims for cancer treatment among contractors and tradespeople has increased by 84% since 2012.

The average claim cost is now in the region of £7,363 compared with £4,254 in 2012. In addition to this, while there has only been a 6% increase in the number of cancer related claims since 2012, in 2015 23% of all health insurance claims paid were related to cancer treatment; a jump from 14% in 2012, putting it in second place behind treatment for muscle, bone and joint conditions. The analysis was conducted to highlight the importance of seeking advice and guidance at the earliest opportunity when it comes to cancer treatment.

Those working in the construction industry can be at risk of developing various types of cancer, some of which can go undetected for a long period.

Approximately 3,700 occupational cancer cases are estimated to arise each year as a result of past exposures to carcinogens through working in construction.

“While on the one hand it is good news we are not seeing an increase in the volume of claims, the increase in cost is a strong indication of the severity of the condition and corresponding treatment,” explained Vicki Leslie, Client Relationship Manage, ECIS. “Early diagnosis and treatment is key. For example, when prostate cancer is diagnosed at its earliest stage, all men with it will survive their disease for five years or more, compared with less than a third of men when diagnosed at the latest stage.”

Ms Leslie pointed out that survival rates are improving and have tripled in the last 40 years in the UK, probably because of PSA testing which highlighted the importance of an early diagnosis.

“Those working in the construction industry may be exposed to various risks on a daily basis, from working outside in the sun to using harmful chemicals, yet research has found that 40% of tradespeople never check themselves for the signs of cancer,” observed Ms Leslie. “We urge all workers in the construction industry to seek guidance at the earliest opportunity if they have any concerns so that correct treatment can be identified as soon as possible.”

Picture: Early detection is vital to deal with cancers that are prevalent in the construction sector such as melanoma from long periods of exposure to the sun