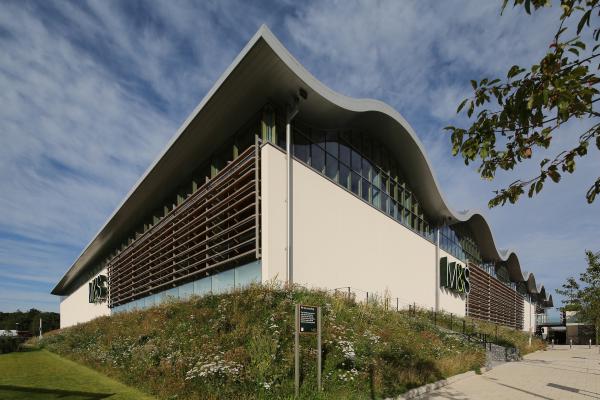 The store, in Ellesmere Port, has been designed by architect, Aukett Fitzroy Robinson, to what has been described as ‘the most carbon efficient Marks and Spencer store to date’, and has a BREEAM Excellent rating along with many award wins.

An independent evaluation of the performance of the building’s environmental features, carried out by Faithful and Gould after the store’s first year of operation, showed annual energy consumption to be 42% lower than that of a benchmark store.

Research also found that the store, built in line with the retailer’s Plan A initiative, creates 40% fewer carbon emissions than a benchmark store.

One of the reasons for the store’s low environmental impact is its extensive use of renewable materials, including Senior’s Hybrid curtain wall systems with its 100% recyclable timber and aluminium profiles.

Senior’s curtain walling systems also maximises the amount of natural light inside the building, which has offered further energy savings.

Pictured: The award winning M&S building in Ellesmere Port, has made use of Senior’s fenestration systems.