Moving in the Right Direction 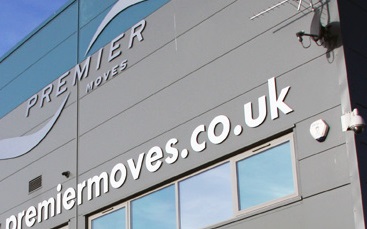 Premier Workplace Services has become the first major relocation company to sign up to the Living Wage scheme.

The company which organises moves and changes including office and IT relocation, churn support, interior refurbishment and sustainable office furniture, has already been paying the Living Wage on contracts delivered to KPMG, Parliamentary Estates Directorate and Metropolitan Police Service.

As a London-based LWSP, the company will be paying all core head office staff, the London Living Wage and submitting a Living Wage quote for all bids, encouraging clients to also pay the it for their moves and changes projects so Premier can extend the payment across as much of the workforce as possible.

“We hope that by joining the Living Wage movement as a Service Provider, we can not only improve the lives of our staff but also promote the importance of the Living Wage to those clients that aren’t currently signed up to the scheme,” explained Jerry Marks, MD, Premier Workplace Services.

Showing her support for the decision, Caroline Reilly, Programme Manager, Living Wage Foundation, commented: “Showing leadership and being a part to ensure London’s lowest paid people in services are rewarded with enough to make ends meet, is greatly needed. I welcome the commitment made by Premier Workplace Services on this issue; it deserves huge recognition.”

Picture: In the vanguard – Premier Workplace Services is the first major relocation company to sign up to the Living Wage scheme

Twenty years ago only 1 in 20 men aged 25 to 55 with low hourly wages worked part-time. Today 1 in 5 of this group work part-time: a four-fold increase. This is the...