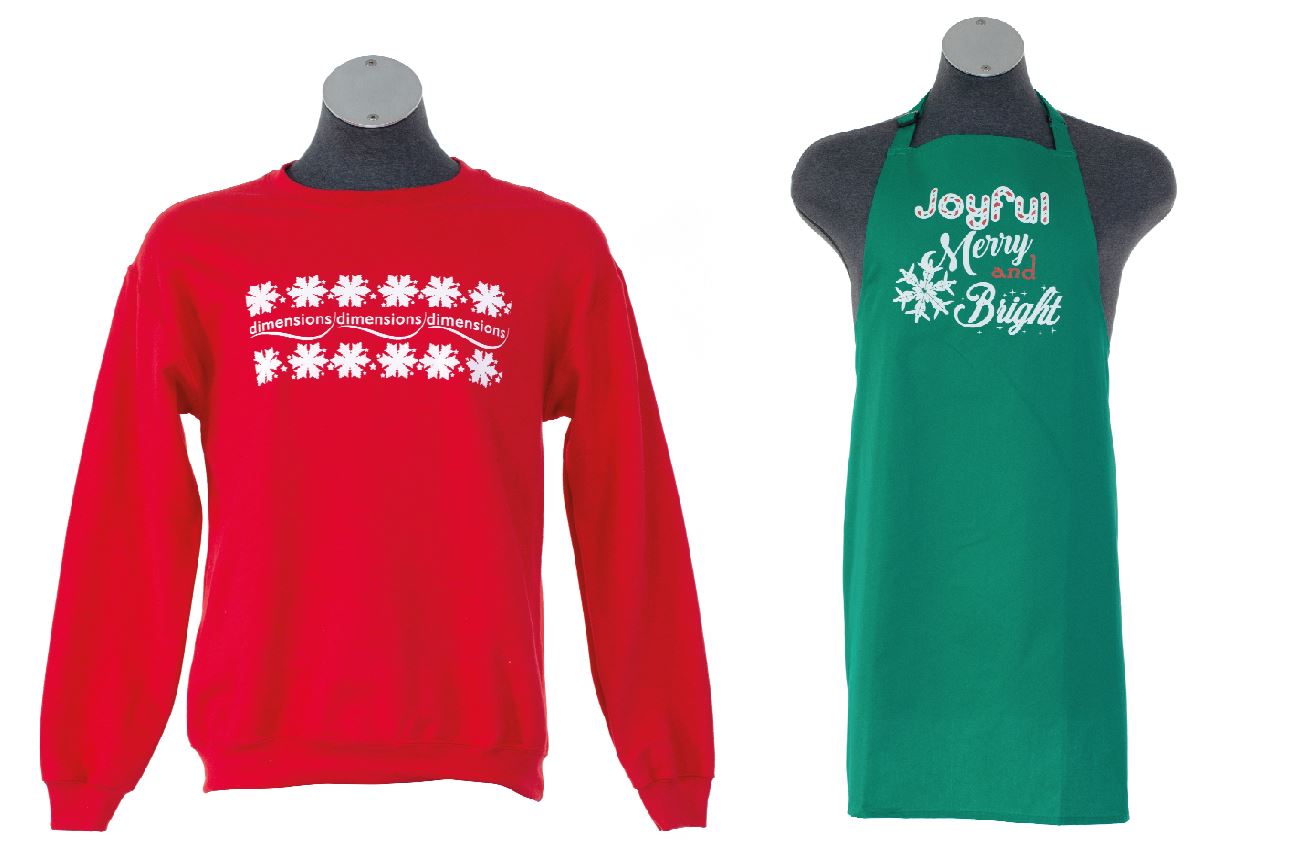 We've got a guide to snazzing-up uniforms during the festive season with a little help from corporate uniform experts Dimensions.

Yes, winter might still be a fair distance away, the embers of summer still have some way to go after all but it’s time to talk about…Christmas!

In the world of uniform, we have to be thinking one, two, three steps ahead of the curve, so planning for the festive season tends to begin earlier and earlier each year.

Dimensions' customers consist of a range of high-profile brands from around the world. The company's typical garments are shirts, suits, trousers and everything else you’d expect from a traditional corporate uniform. When Christmas comes along it can often, a few more unusual items may be in order to jolly your workplace up and give it a certain Ho, Ho, Ho.

In the past, customers have requested all kinds of festive themed spins on traditional garments, from lanyards to aprons and even Christmas jumpers to hats. Through the garments supplied, Dimensions got thinking back to the original Christmas uniforms and how the designs and themes used throughout could influence modern-day, starting with the big one, Father Christmas himself.

The big red one

The iconic red suit, with a white fur trim was created not by the annual favourite ‘Coca-Cola’ Christmas advertisement but dates back, instead, to 1869 and cartoonist Thomas Nast’s depiction, as part of his illustration for a poem, ‘Santa and His Works’.

Originally, Santa Claus was drawn as a small man who could easily slide down chimneys, before becoming the cuddly size we know today a bit later down the line. It was Nast who changed Santa from his original brown-tan colour to red and then even green – which contributed to the colour becoming associated with the festive season.

Alongside Santa’s suit, you’ve got your classic nativity costumes, the most famous of which, is arguably, that of the angel. The almost saintly nature of angels - and we’re talking traditional here, with wings, halo and white garment to match, mean that white and gold also become a part of the festive colour palette.

Translating it into the workplace

So, those are the traditional uniforms associated with Christmas but how does that translate to a corporate environment? First things first, the colours of red, green, white and gold conjure memories of Christmas’ gone by so they evoke a number of the positive feelings that many associate with the festive season.

That last part, in particular, may well prove to be important during Christmas, in workplaces that are customer facing. Customer expectations are often sky-high, especially in the retail environment. Data reports show that in 2015, negative reviews increased over the Christmas season, equating to 12% of all reviews given during December. This figure had risen from the previous month, demonstrating how retailers were falling short of their customer expectations over Christmas.

Good customer service can originate from various different sources, one of which is a strong uniform. The relationship between looking good and giving great customer service with the host of benefits including:

Picture: Some of the items that can be introduced instead of more formal uniforms over the festive season.