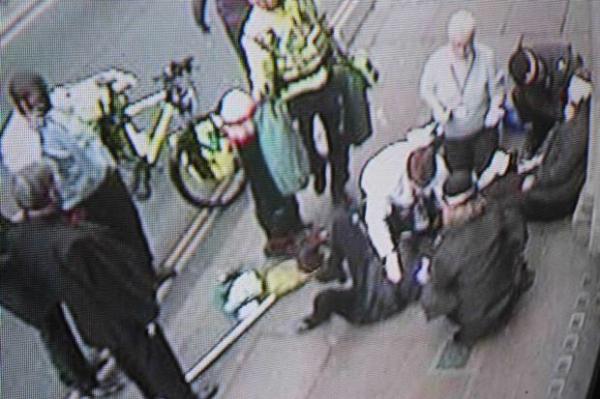 The two women, aged 72 and 53, suffered serious head injuries as a result of a metal scaffold pole falling from a building on Eldon Street in the City of London – reported to police at around 11.45am. They were treated in hospital.

A 31-year-old man was arrested at the scene on suspicion of grievous bodily harm and was taken into custody but has since been released on bail. City of London Police are appealing for anyone who saw the incident to come forward.

Work was being conducted at the time of the incident on the scaffolding, which has since been inspected by the Health and Safety Executive and deemed to be in a satisfactory condition. The City of London Police are now assisting the HSE in gathering material to establish how this incident happened.

”The two ladies on the floor seemed to be in a lot of pain,” said Michael Jarman, a witness who spoke to the Evening Standard. “There was a fair bit of metal all around them that from what looked like it had fallen from the scaffolding above. There were a lot of people at the scene attending to the two ladies. One lady was sitting up right with a lot of blood around her face while the other lady was lying on the ground. She seemed in a lot of pain.”

Picture: CCTV footage showed the scene where two women were injured by a scaffold pole in the City of London.