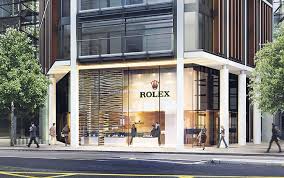 Following our earlier report, we can now reveal that detectives from the Metropolitan Police's Flying Squad (aka The Sweeney) have taken over the investigation into a robbery at the Dean Street Townhouse in Soho and a smash and grab at a Knightsbridge Rolex store. (Both locations are in London's West End. Knightsbridge is a particularly affluent area.)

Officers were called to Dean House (pictured), in Dean Street, shortly after 3 o'clock in the morning following a report that two masked suspects, armed with long-barrelled weapons, had entered the hotel and demanded money from two male employees. They made threats and tied one of the employes before leaving the scene in an unknown direction with an amount of money and mobile phones.

No-one was injured during the incident, however, one man has been treated for shock.

The suspects have been described as speaking with east European accents and were both wearing white hoodies.

Detective Inspector Spencer Barnett, Flying Squad, said: "This was a terrifying experience for the two employees, who were simply going about their usual duties.

"At this early stage in the investigation we believe this was a commercial robbery with the target being the office, rather than guests staying at the hotel and we do not believe the suspects went beyond this staff only area.

"We are working around the clock to secure CCTV and forensic opportunities and our investigation is moving at a fast pace."

Smash and grab in Rolex store

Flying Squad detectives are also investigating after a smash and grab at the Rolex store in Knightsbridge. Officers were called by at 10.36pm on Wednesday 27 August, to reports of a robbery in progress.

Four mopeds with seven people armed with axes and sledgehammers attempted to smash the front window of the store. When this failed they forced the door of the store with a motorbike. The masked gang then stole a quantity of watches.

They left the scene and made their way onto South Carriage Drive. Mounted officers blocked the road attempting to prevent them from escaping. The mopeds then turned around escaped in the direction of central London.

No-one was injured during the robbery and no arrests have been made. Though the thugs are probably at home, lazing around in their onesies oblivious to a forthcoming invasion and a gruff-voiced declaration - 'Get yer trousers on, you're nicked!'

Police in Westminster are appealing for information and witnesses following an armed robbery at a hotel in W1 yesterday, 26 August.

Officers were called to Dean House (pictured), in  shortly after 3 o'clock in the morning following a report that two masked suspects, armed with guns, had entered the hotel and demanded money. They threatened staff and tied up one male employee before leaving the scene in an unknown direction with an amount of money and mobile phones.

No-one was injured during the incident, however, one man has been treated for shock.

The suspects were described as speaking with east European accents and were wearing white hoodies.