The First Touch is the Deepest 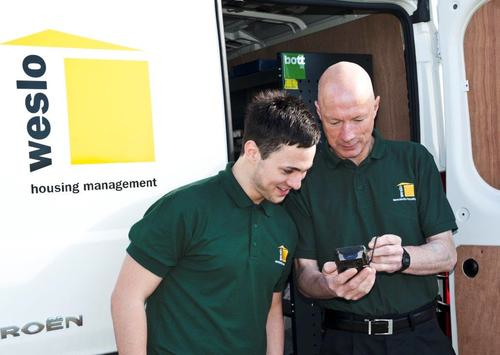 A Registered Social Landlord operating predominantly in the West Lothian and Falkirk areas, Weslo has a stock of over 2,400 properties. It also has an estate management role for a further 3,500 homes for private owners.

As it had chosen Aareon’s QL Housing Management system for its back office operations, it was already aware that the mobile workforce technology was available to integrate with this system. In addition, 1st Touch’s system is ‘platform agnostic’, so it will work with Weslo’s existing Motorola ES400 handsets and iPads, or any alternative handheld platform used in the future.

Weslo will use 1st Touch to support the work of its 22 DLO reactive repairs operatives along with the four inspectors who carry out pre and post inspections and report on the condition of voids. With the new system in place, jobs will come in from QL direct to the operative’s PDA, allowing work to be effectively scheduled and controlled. Before completion of each job the system also allows for the addition of any stock used, assisting in the overall stock management for the company.

Ultimately, we may also consider 1st Touch for other business areas, such as estate management, where the software may deliver a similar set of benefits,” stated Kevin Cairns, ICT Manager, Weslo Housing.