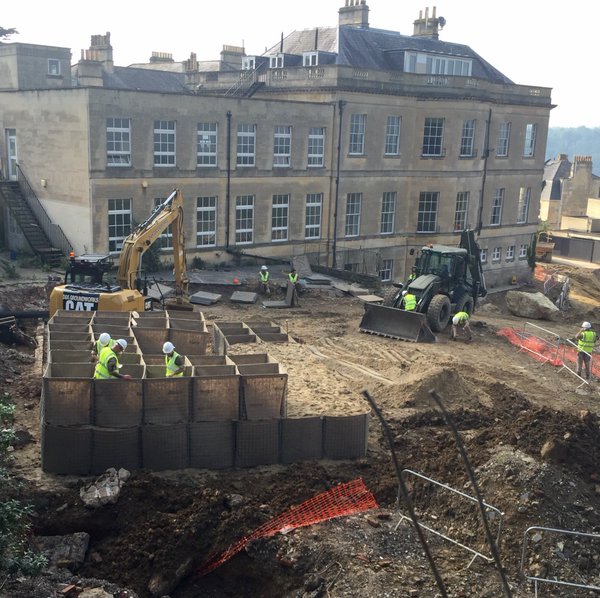 A 300m exclusion zone remained in place in Bath on the morning of Friday 13th following the discovery of a wartime bomb. The Explosive Ordnance Disposal (EOD) team attended the site of a former school on Lansdown Road at about 4.40pm yesterday (Thurs 12) after building contractors unearthed a 500lb shell.

The EOD were building a barrier around the device using 250 tonnes of sand. Once this barrier is in place, they will remove the device with a police escort to a safe location away from the Bath area where they will carry out a controlled explosion.

Businesses and most (some have stayed but cannot come within 100m) residents inside the exclusion zone have been evacuated - which could be a further 48 hours. There will be significant disruption on the road network.

T/Chief Inspector Kevin Thatcher said: “Decisions to evacuate are never taken lightly but during these incidents public safety will always be our primary concern.

“The EOD are working as quickly as they can to remove the device and we will provide regular updates on their progress.”

A car has fallen down a huge sink hole in a street in Charlton in the London borough of Greenwich. No one was injured. Sink holes are becoming more and more prevalent following heavy rain across the UK. The police, local authority and Thames Water all examined and cordoned-off the scene. 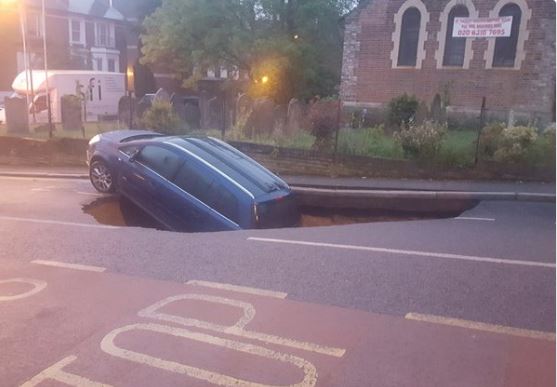 Picture above from Greenwich Police