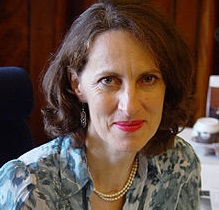 The chief environmentalist scientist for the UN has heavily criticised the UK government for its recent decisions to cut support for renewables.

The damning comments from Professor Jacquie McGlade focused on the apparent withdrawal of initiatives promoting solar energy and wind farming while she said the rest of the world appeared to embracing these renewables.

“What I'm seeing worldwide is a move very much towards investment in renewable energy,” she told BBC News. “To counterbalance that you see the withdrawal of subsidies and tax breaks for fossil fuels.”

Her disappointment had been compounded by what she described as a serious retreat from environmentally friendly sources of energy. “What’s disappointing is when we see countries such as the UK that have really been in the lead in terms of getting their renewable energy up and going – we see subsidies being withdrawn and the fossil fuel industry being enhanced.”

The Cameron government’s view on backing fracking in the country was one particular example of this change and boded badly for its commitment at the forthcoming Paris summit on climate change, Professor McGlade contended. “It's a very serious signal – a very perverse signal that we do not want to create,” she stated.

Not surprisingly the DECC has rebuffed the allegations. A spokesperson commented: A Department of Energy and Climate Change spokesperson said: “We are absolutely committed to getting a global deal in Paris which will create a level playing field for businesses, driving innovation and growing the low carbon economy.”

The government’s view was that the market was the best arbiter for energy and that diverse for energy was better than loading subsidies in favour of certain industries like solar and wind farms. “Ensuring subsidies are used where they are needed most, so they can compete with other technologies provides the best value for money for hardworking bill payers,” the DECC spokesperson insisted.

Picture: Professor Jacquie McGlade – critical of UK government – “we see subsidies being withdrawn and the fossil fuel industry being enhanced”