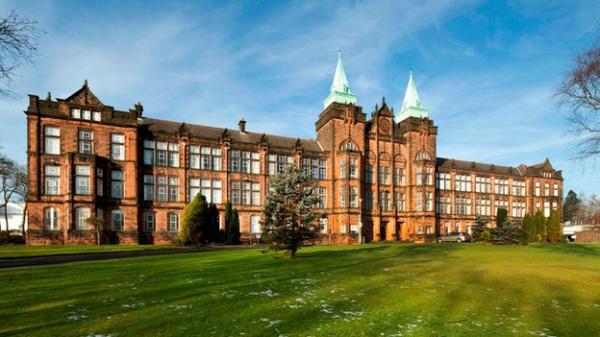 Strathclyde University’s Jordanhill Campus is up for sale in the largest development opportunity in Scotland so far this year.

Set in a predominantly residential area in the heart of Glasgow’s affluent West End, the 31-acre site will support the development of about 364 residential units.

It is being brought to the market by JLL on behalf of the University of Strathclyde.

The site has a Minded to Grant Planning Permission in Principle for residential development. A Campus Plan has been prepared, and sets out an ‘indicative development’ framework supporting a development of residential units, which could be delivered over 12 development plots.

The University has worked closely with both Historic Scotland and Glasgow City Council on the project with the main focus being the Category B-listed David Stow Building. It is anticipated that the three-storey building, which was completed in 1922, could be converted into high quality residential apartments. Two further buildings – Graham House and Douglas House – are under consideration for conversion to 23 apartments each.

The remainder of the site is occupied by 1960s’ buildings, hard standing and landscaping, with the recommendation that these be demolished to allow for new build residential.

“We expect interest in the site to be extremely high and not just limited to Scotland,” said Nina Stobie, Associate Director, JLL. “Once transformed, it will be home to some of the most sought-after accommodation in the country.”

In line with its purchase of a 175,000sqft office campus in Hemel Hempstead, Tristan Capital Partners has appointed property advisory firm Capital Properties to manage...