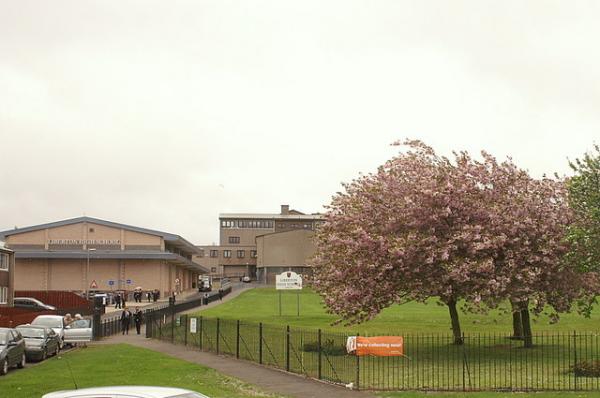 Justice Secretary Kenny MacAskill from the Scottish Parliament and the MSP for Edinburgh Eastern has told reporters that Liberton High School in Edinburgh, where a 12-year-old girl died yesterday when a wall collapsed on her, has problems with the fabric of the building - but not health & safety in general.

Keane Wallis-Bennett was tragically pronounced dead at the scene by a Scottish Ambulance Service ‘special response team’ shortly after they and local fire services attended. Keane had been in the PE changing rooms when a 'modesty wall' fell and crushed her.
All local schools in Edinburgh will now undergo a free-standing modesty wall survey. While Liberton will no re-open until a complete and thorough survey has been completed. A survey conducted in the past two years found no problems in the changing rooms.
MacAskill admitted that school maintenance in Edinburgh had been the victim of austerity measures but also said he believed the council were doing a good job under trying circumstances.

According to the BBC a girl has died at an Edinburgh school after an internal wall collapsed and fell on her. The Scottish Ambulance Service sent ‘a special response team’ by road to Liberton High School this morning. The 12-year old was pronounced dead at the scene. The Scottish Fire and Rescue Service sent teams from four stations.
Inquiries have commenced with the SHSE involved. Local council H&S officers have attended. The scene of the accident is said to be the female PE changing rooms. The school has closed for the day and will be re-opened on advice.

Earlier this year, City of Edinburgh Council was fined after another pupil at the 1959 built Liberton was seriously injured when she fell more than five metres as teachers attempted to free her from a broken down lift.
Morgan Seaton, then aged 15, sustained three fractured vertebrae, bruising over her lower back and a sprained wrist as a result of the incident 8 December 2011. Edinburgh Sheriff’s Court heard that Miss Seaton was in the lift with three other pupils when it stuck between the first and second floors. Rather than use the emergency call button in the lift or call the fire service, teachers and the school janitor decided to fetch the lift key, open the doors and attempt to get the pupils out themselves. One boy was helped to lower himself safely out of the lift before Miss Seaton fell through the gap between the bottom of the lift and the floor.
The court was told the fire service had found on arrival that power to the lift had not been isolated and the car could have resumed moving at any time during the pupils’ ordeal or as the schoolgirl lay injured in the basement waiting for help to arrive.