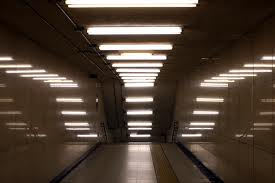 Results of a small but perfectly formed office worker survey show it is the little things that make people happy and productive.

14forty, the integrated facilities management company that commissioned the research found that forty-five per cent would like to stay away from the draining influence of fluorescents and let natural light in as a key to boosting their productivity. This is followed closely with over a third (34%) of those questioned, who suggest that a clutter free office space is necessary. Surprisingly, fifteen per cent stated an open plan office helps them to be more efficient.

Although the sample was small, the findings are consistent with those of Mirjam Münch, whose study concluded that by increasing natural light, employees sleep better and are more rested, leading to increased productivity.

The top ten most important considerations the 100 UK office workers wanted are:

Steve Davies, MD of 14forty, said: “When it comes to hot-desk working, our research shows that employees are failing to understand the business benefits. Clearly it can deliver lower costs for businesses and has the potential to make for a more varied working environment for employees, however it needs to be managed effectively.”

When it comes to those that work behind the scenes, 47% believe that the cleaner is the secret office hero in the workplace, while 32% of those that voted highlighted the work of the reception team.

Research into performance of virtual teams

A new research project has been launched to determine the best ways to manage virtual teams. The High Performing Virtual Teams (HPVT) initiative brings together specialist management consultants AWA with the Centre for Evidence-Based Management (CEBMa) in Amsterdam. The project is seeking sponsorship from both workplace occupiers and suppliers.

With so many ‘knowledge workers’ now working together without being together, it’s important to understand what promotes or inhibits performance and productivity in these virtual teams. The research project will look at several different types of virtual working, including:

The research group is led by AWA’s Director of Consulting Karen Plum, who says managing virtual teams requires new attitudes, new understandings and new skills: “Virtual working, if not managed properly, can lead to disconnection, isolation and lack of trust. All of these can be fatal for both individual and team performance.

“We’re working with CEBMa to bridge the gap between academic research and workplace practice. The team will review all the research around effective strategies for managing virtual teams. We’ll prioritise research findings by quality and relevance and produce guidelines and a virtual working assessment tool.”

Sponsors for the HPVT research are actively being sought and interested parties are invited to a breakfast talk on 27th March in the City with the theme: ‘Virtual working … fad or a natural evolution?’

After the recent rail disruption with more to come, Graham Bird explores the effects of a daily commute and explains how the rush-hour race can be reduced. ...