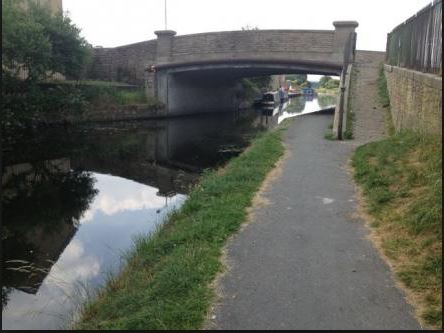 One of the UK’s biggest gas distributers has been sentenced after admitting safety failings in relation to the death of a young boy.

On 24 April 2014, 11-year-old Robbie Williamson and two friends were crossing the Leeds and Liverpool Canal using a pipeline running on the outside of Dugdale Bridge at Lowerhouse Lane, Burnley.

As they were crossing, Robbie fell from the pipe and into the canal below. He was taken to Royal Blackburn Hospital but died later that day.  The cause of death was recorded as being caused by drowning and a head injury.

Preston Crown Court was told by the Health and Safety Executive prosecuting that National Grid Gas plc failed to properly protect the exposed pipeline from the risk of injury from falls from the pipeline. The boys were able to climb on to the pipe from a ramped footpath running from the road to the canal tow path.

National Grid Gas plc operates the gas distribution network delivering gas to approximately half of the homes and businesses in the UK through its network of pipes.

The court heard National Grid Gas plc have a procedure for inspecting this type of above ground pipe crossing,and requirements for providing measures to prevent access on to these structures.

However, records incorrectly showed the pipe was buried within the bridge rather than exposed on the outside of the bridge, therefore this crossing had not been subject to any inspections and had no access prevention measures fitted.

Maintenance work had been carried out on the pipe in the past but the records had not been updated.

It is typical for pipe crossings to have steel ‘fans’ or similar measures fitted to prevent access. The court was told such measures have been fitted to the pipe crossing following the incident after a HSE improvement notice was issued.

HSE Inspector Ian Redshaw, said after the hearing: “This was a tragic accident which has had a devastating impact on Robbie’s family and friends.

“The company failed to assess the risks associated with this pipe to members of the public and as a result they had not put in place any measures to prevent or deter access onto the pipe. This was a significant cause in Robbie’s death.”

Picture: The scene of the tragic accident

FMs and management teams have a duty of care to staff and building users. In extreme heat such as we are experiencing right now, it‚Äôs vital to make sure people are as safe and comfortable as possible. Click Image To Read More