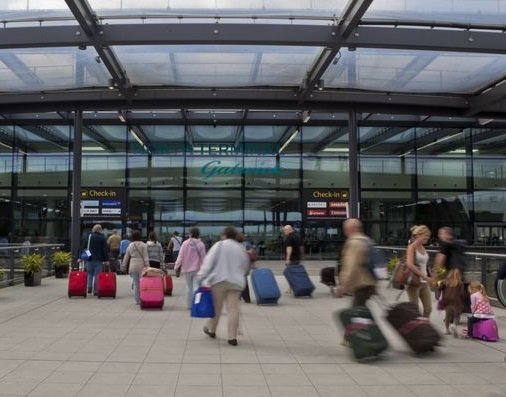 The European airport industry has provided an update on its commitment to have 50 carbon neutral airports in Europe by 2030.

During EU Green Week (May 29 - 2 June) Gatwick Airport in the UK and Lyon-Saint Exupéry in France both declared they had reached carbon neutral status (Level 3+), certified by the independent carbon management programme Airport Carbon Accreditation.

Niclas Svenningsen, who heads the Climate Neutral Now initiative at the United Nations Framework Convention on Climate Change (UNFCCC) Secretariat in Bonn, Germany said: "This is certainly a significant moment for Gatwick, as the first carbon neutral London airport and also for Lyon-Saint Exupéry, as the second French airport to become carbon neutral. We are also encouraged to see that the European airport industry is already past the half-way mark in its commitment to having 50 carbon neutral airports by 2030 – this is promising progress and we hope that other industries are taking note."

This brings the total number of carbon neutral airports in Europe to 27 – a movement that began when Swedavia’s Stockholm-Arlanda airport achieved certification as the first carbon neutral airport in the world in November 2009. Across the 4 available levels of the Airport Carbon Accreditation programme, there are currently a total of 116 airports in Europe, working to address their CO2 emissions. These airports welcome 64.9% of European passenger traffic.

Aéroports de Lyon - the operator of Lyon-Saint Exupéry airport - announced that it has reached carbon neutral status (Level 3+) within Airport Carbon Accreditation, having initially entered the programme at the ‘Mapping’ level (Level 1) in 2013 and worked its way up through the levels in the intervening years, culminating its efforts with a variety of activities ranging from direct reduction of its CO2, switching to cleaner sources of energy, engaging 20 companies on its airport site to lower their CO2 and investing in carbon offsets for the remaining CO2 emissions under the airport operator’s control.

Olivier Jankovec, Director General, ACI Europe told ThisWeekinFM: “Lyon Saint-Exupéry plays an invaluable role in its region and the whole of France. Its latest achievement of becoming carbon neutral speaks volumes about its commitment to sustainability and it is something that all of the team there can be justifiably proud of."

With the diverse activities the airport operator has undertaken, it has actively reduced its annual carbon emissions from fuel and energy, ultimately achieving a 2.6% drop in annual energy consumption per passenger. The airport has also engaged others on the site to lower their CO2, it uses 100% renewable energy (since 2013) and has invested in carbon offsets.

Also reacting to the announcement from London, Jankovec said: "London is Europe’s most popular destination by air and it is great to see Gatwick moving up to Level 3+ of the Airport Carbon Accreditation programme – and becoming the second busiest carbon neutral airport in Europe. I congratulate Stewart Wingate and all the hardworking team at Gatwick on this significant moment in the ‘Decade of Change’ strategy and the extraordinary range of initiatives and activities they have undertaken to address the CO2 emissions at the airport."

Stewart Wingate, CEO of London Gatwick said “We consider sustainability as critical to our future as a successful airport and the news that we are now a carbon neutral airport shows just how far we have come since independent ownership in 2009. Our Decade of Change strategy is really driving our sustainability performance and today’s results show that we are successfully balancing growth with a reduced environmental footprint, while also contributing to the community and thriving local and national economies."

The CO2 reduction achieved by European airports during Year 8 (June 2016 to May 2017), will be announced during the 27th ACI Europe Annual Assembly, Congress & Exhibition in Paris next month.

A PhD student and civil engineer have designed a CO2 measurement tool for indoor settings, based on their experiences of poor-quality air in offices. Kenneth...