A Better Reception at Convention Centre 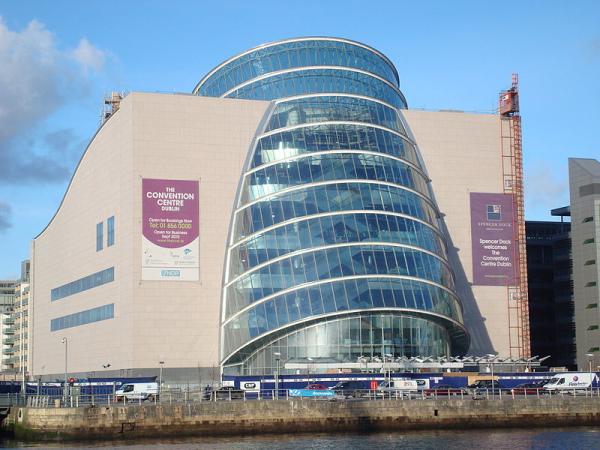 The Convention Centre Dublin (CCD) attracts visitors from all around the world to conferences and exhibitions and has hosted more than 1,000 events since it opened in 2010.

It has a glass-fronted atrium running the full height of the building and includes 22 purpose-built meeting rooms, auditorium with full theatrical stage and fly tower and 4,500sqm of exhibition space.

Opting for a Meru 802.11ac Wi-Fi will enable CCD to support the high density of mobile devices used in its facilities, including the 2,000-seat auditorium and several large meeting spaces.

Meru worked with IT Group (ITR), a Meru gold partner, to replace the existing Cisco wireless network with its AP822 access points and Network Manager, following a formal tender process involving a number of wireless vendors and trial period. As part of the trial, Meru introduced the CCD to its virtual cell technology and the concept of channel layering, a capability of Meru’s ‘architecture’. By deploying for coverage using only a single channel, the other channels can be layered to provide capacity for high-density areas.

“What used to be a ‘nice-to-have’ a few years ago is now mission-critical with the explosion of mobile devices,” said Robert Henderson, Head of Technology, CCD. “Most visitors use two-and-a-half devices on average and supporting this with our previous wireless network would have been unthinkable.”

Router with Plenty of Vigor

With the increased coverage, faster speeds and more competitive offerings available from service providers, 4G/LTE is claimed to be a realistic practical option for many...

EE By Gum, WiFi Connection Everyone

EE states that the UK’s first launch of WiFi Calling will help over 4 million people who say they lose mobile connection in at least one room in their house or...