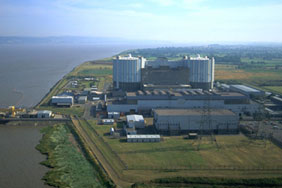 The Infineum UK Milton Hill campus in Oxfordshire which comprises the Headquarters & Business and Technology Centre is to be run by Emcor UK under a total facilities management deal. Infinium manufactures and markets petroleum additives for lubricants and fuels.

Ahead of this week’s Formula One British Grand Prix, CleanEvent Services Limited has announced that it has secured a three year cleaning and event services agreement with Silverstone Circuits Limited - despite the circuit potentially giving up the Grand Prix after 2019.

The specialist stadium and venues cleaning provider was awarded the contract at Silverstone after a detailed competitive tender process was concluded earlier this year.

Lee Thomas, Procurement and Contracts Manager for Silverstone Circuits said: “We hold top class events all year round, so it is vital that we maintain our facilities to the high standard that our customers have come to expect."

Vivid, which has 30,000 homes under management and 70,000 customers and is Hampshire’s largest provider of affordable homes, has appointed TJ Waste & Recycling to collect and recycle trade waste on a three year, £1.5 million contract, won on a competitive tendering process.

Vivid, recently formed from the merger of housing associations First Wessex and Sentinel, has set a target of 90% or more of waste recycled from its sites in any one year. Mark Batchelor, Vivid's commercial director, said: “With 30,000 homes under management, our maintenance programme unavoidably generates a large volume of refurbishment and new-build waste, such as plasterboard, brickwork, wood, wires, pipework, tiles, plastic, metal, carpets and ceramics. TJ was able to offer a commitment to recycle 90% or more of our trade waste.”

Trigion has won the security contract at the Royal Academy of Engineering with a combined security solution, including electronic systems, manned guarding, concierge services and reception cover.

The Academy is based at Prince Philip House on Carlton House Terrace, London. It forms part of the royal household and is frequently visited by members of the royal family.

Neil Ricketts, Technical Services Director at Trigion, said: “There are a variety of security challenges at Prince Philip House, due to its royal connections, central London location, listed status and position as an event venue."

Evans above - food transformation on the menu

No not loaves and fishes but Sodexo has come-up with a particularly daft job title for Adrian Evans - food transformation director. Evans though is a firm believer...

...foodservice providers have an important role to play in changing the way workplace dining is delivered and on the workplace environment and productivity. He evangelised: “Health and wellbeing, the ambience and environment, all of these elements have an impact on employee engagement and their productivity and it’s up to us to make sure the foodservice offer supports workplace strategies.”

MC Construction has appointed a director to head a new facilities services division which will carry out maintenance and refurbishment works for new and existing clients. Russ Forshaw has joined the company from Manchester Central. He was director of facilities management at the convention complex, where his role involved being in charge of building maintenance and development, security and health and safety.

Getting the Getronics in

International facilities management provider Servest has partnered with Bottega InvestCo, in the acquisition of integrated ICT services company Getronics The transaction, which is supported by Investec, will enable Servest to play a role in the workplace technology market and provide an FM and mobile technology offering to its growing client base. The purchase comes at a time when workplace management is increasingly focused on digital transformation through the development of smart buildings and the Internet of Things.

Magnox, the company responsible for twelve nuclear sites and one hydroelectric plant in the UK, has extended its contract with Interserve for a further year - in line with many major organisations that are extending rather than re-tendering in order to maintain low prices whilst still trying to push through productivity gains.

Interserve has worked with Magnox since 2013, and provides a range of services across the 12 sites. Key elements of the account include electrical, building and fabric maintenance, specialist mechanical services, grounds, vehicle and equipment maintenance, cleaning and catering.

Paul Grant, supply chain manager at Magnox said: “We are confident we can continue to operate in the most cost efficient and effective way possible to meet the changing operational requirements of our sites across the UK.”

Award for Remploy and TCFM

A partnership between TC Facilities Management and Remploy, the disability employment specialists, has won the Large Employer of the Year award at the ERSA Employability Awards 2017. The ERSA Employability Awards are now in their fifth year. The awards showcase and champion best practice from across the employment support sector, recognising the hard work and achievements of those involved in supporting people into work.

James Kimberley, Remploy National Account Manager said: “Winning the Large Employer of the Year award is a fantastic accolade for TCFM and adds to the increasing recognition they are getting for their achievements over the last ten years. They continue to develop and support disabled people into work and have pledged to support many more in the future. It was great to be able to nominate them - even better for them to win!”

Picture: Interserve will be at 12 Magnox sites for at least another year