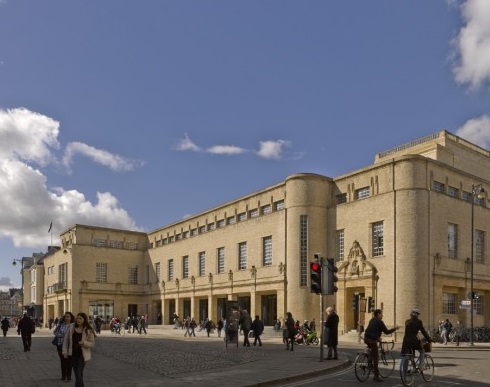 Six buildings have been shortlisted for the 2016 RIBA Stirling Prize and are set to compete for the prestigious prize awarded by the Royal Institute of British Architects in October.

Three of the six buildings on this year’s shortlist are educational buildings. The other nominations are made up of a converted gallery; a house that is partly underground, and the redevelopment of Elephant and Castle’s 1970s Heygate Estate.

The shortlist in full

RIBA President Jane Duncan said: “The RIBA Stirling Prize is awarded to the building that has made the biggest contribution to the evolution of architecture in a given year. Every one of the six buildings shortlisted illustrates the huge benefit that well-designed buildings can bring to people’s lives. As seen at Trafalgar Place and Newport Street Gallery, they can breathe life and kick-start regeneration in neglected urban pockets to create new, desirable destinations and communities; as with Blavatnik School of Government, Weston Library and City of Glasgow College, they can give cities and institutions a new landmark to delight and draw in visitors, improve education potential, and increase civic pride. Meanwhile Outhouse provides a fantastic model for a private house – one that delights its owners and responds exceptionally sensitively to its treasured rural position."

Picture: The winner of the RIBA Stirling Prize will be announced on Thursday 6 October 2016