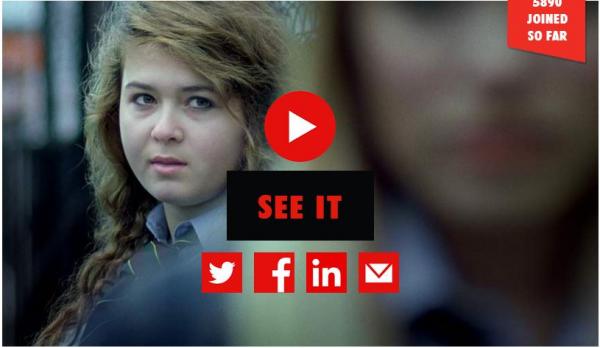 As Stonewall launches new guidance to help businesses promote global equality, ThisWeekinFM takes the opportunity to look back at the organisation's stunning 60-second video which tackles all forms of discrimination

All decent people want to put an end to bullying, abusive language and discrimination of all kinds. This 60 second film, narrated by Stonewall founder Sir Ian McKellen, shows why we need to do just that.

Getting Started with LGB Equality Worldwide (Lesbian, Gay and Bisexual) has been launched by Stonewall. The guidance is intended to help businesses promote equality in a global economy. Overall the guide features eleven major global organisations including Barclays, IBM, EY and Google. All share global best practice and offers practical ways for global businesses to support lesbian, gay and bisexual people in the face of ever changing local legal, social and cultural conditions.

Ten top tips are offered to ensure organisations' policies and values are consistent wherever they operate in the world - from ensuring clear global leadership in support of LGB equality to providing safe spaces for LGB staff in countries where no legal protections exist. The guide will be sent to 100 global employers, including businesses, government agencies and international universities.

Ruth Hunt, Stonewall’s acting chief executive, said: "At Stonewall we know that employers, whether from the private, public or third sectors, have played a powerful role in driving forward equality for lesbian, gay and bisexual people in Britain. This guide, the first in a series of Global Workplace Guides, will help global organisations to share these same values no matter where they work in the world."

Simon Feeke, Stonewall’s head of workplace, said: "More and more organisations are looking for meaningful ways to share their values, particularly supporting lesbian, gay and bisexual staff, no matter where they operate around the world. This guide will help organsiations think about the ways they can express their commitment to equality within the boundaries of local law."

In nearly 80 countries homosexuality is illegal, and in five countries people can be executed for being gay. Stonewall works with campaigners worldwide, the Foreign and Commonwealth Office and international partners, to support campaigns for lesbian, gay and bisexual equality.