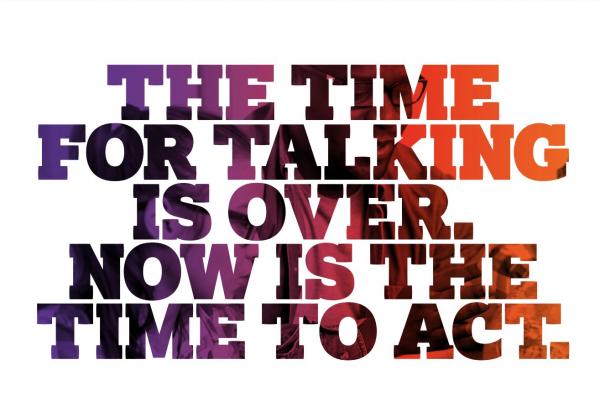 The government is to commence an advertising campaign (launched week ending March 3) to raise lowest paid workers’ knowledge of their rights ahead of the National Minimum and National Living Wage rates rise on April 1.

Meanwhile a new poll shows a lack of understanding when it comes to being paid, including for travel time and security searches at the start or end of shifts.

The national advertising campaign will be carried on public transport, in shopping centres and other public places.

Some of the most common excuses given to HMRC by employers for underpaying workers include using tips to top up pay to the minimum wage, making staff pay for their uniforms out of their salary which takes them below the legal minimum, not paying for shutting up shop or for time waiting for security checks, or the time spent travelling from one appointment to another.

In light of this, the campaign highlights some of the most common examples when a worker may be underpaid the legal minimum in a bid to encourage workers to check their pay.

“We are determined to make sure everybody in work receives a fair wage and while most employers get it right, there are still a small number who fail to play by the rules. This campaign will raise awareness among the lowest paid people in society about what they must legally receive.

“Anyone who thinks they may be paid less than the legal minimum should contact Acas as soon as possible.”

Workers on zero hours contracts hits a record high – but have they reached their peak? By Conor D’Arcy

The UK’s labour market has been full of surprises in recent years: record employment has run alongside a record pay squeeze, while the passing away of the ‘job for life’ has been matched by a fall in people moving jobs. But one reliable trend has been the continued rise of zero-hours contracts (ZHCs). Movements in the number of ZHCs has become a fixture of labour market analysis since 2013 and a worry for those concerned about the quality of work in the UK.

Resolution Foundation analysis of the latest ONS Labour Force Survey figures – covering the final three months of 2016 (Q4) – appears to confirm the continuation of the trend. The number of people on ZHCs has risen to a new high of 910,000. That’s a jump of more than 100,000 since the final three months of 2015 – an increase of 13 per cent – and 30 per cent higher than in Q4 2014. If that rapid growth is maintained, reaching the 1 million marker soon appears inevitable.

But while that is undoubtedly a sharp rise on the same three months a year ago, the number of people on ZHCs is only marginally up – by 7,000 – from six months ago (Q2 2016), a change far too small to be deemed significant by statisticians. While it’s preferable to compare the same quarters in different years to capture seasonal variations, it’s notable that the increase of 0.8 per cent in the second half of 2016 compares to a 7.7 per cent rise over the same period in 2015. Ever since ZHCs hit the headlines the numbers have increased sharply every six months. The latest figures bring this run to an end.

What’s also striking is that the 0.8 per cent growth in ZHCs has been slightly slower than overall employment growth of the last six months. This too is a break from recent history – until now the growth of ZHCs has rapidly outpaced employment growth since they entered the public debate back in 2013.

So why might the ZHC juggernaut have slowed to a crawl? There are several possible explanations.

Firstly, slower employment growth overall is likely to have played a role. Second, the ONS has frequently pointed to growing awareness among employees on these contracts as a factor in their rise. It may be that the majority of people on a ZHC now know it.

A third explanation harks back to the initial discussion of ZHCs almost five year ago – were these temporary measures that would no longer be sustainable once unemployment fell? With the employment rate at a record high, and the first inklings that firms may think the supply of labour from the EU could be limited after Brexit, it may be that finding people willing to work on these terms is growing tougher.

But looking past these three potential labour market and statistical factors, it’s hard not to place this slowdown in the context of the consistently negative coverage ZHCs have received. No employer wants to be the next Sports Direct, with their employment practices slated in the media and Westminster. Homebase and Wetherspoon’s are just two high-profile companies who have acted to reduce their reliance on them. Many more may have made this move behind the scenes.

So should we celebrate this plateauing in the number of zero hours contracts? Workers on ZHCs appear to face a significant pay penalty – typically earning £1,000 less annually than similar workers – as well as being more likely to be underemployed. From a living standards perspective, both are troubling.

Thinking of the health of British firms, lower earnings and a failure to get the hours you want hardly sounds like the widespread use of ZHCs is a key ingredient in the recipe for a well-motivated workforce. Even if the rapid increases of recent years have ended, there are still close to a million people with no guaranteed hours, significantly higher than during the pre-crisis period. The prevalence of ZHCs in sectors like social care (one in seven care workers and home carers is on a ZHC) is an ongoing concern.

We shouldn’t dismiss all ZHCs as exploitative though. Over the past year, approaching half of the net increase has been among workers aged 55-64. For many of these workers, ZHCs could offer a flexible transition from full-time work to retirement, allowing them to top up their incomes. Neither are they all low-paid positions: one in six ZHC workers are in the three highest-paying occupational groups (managers, professionals and associate professionals).

Only time will tell if this is a blip in an otherwise consistent upward trend or the start of a shift. In either case, it shouldn’t be the end of the debate on insecure work. Short-hours contracts which firms may switch towards are an improvement over no guaranteed hours but their impact on workers may be limited. As the chart below shows, agency working has been on the rise too. The number of self-employed is at its highest for decades and the argument around the so-called gig economy rumbles on.

Whatever their exact contract terms, one trait many people share is a feeling of uncertainty in work, which the government is rightly seeking to address. Moves that would allow workers on ZHCs to have a contract guaranteeing them a specific number of hours a week, reflecting their typical working pattern, would be a helpful step. When it comes to work and living standards, making the schedules of employees more predictable would be a surprise many workers would welcome.

'We will monitor progress and stand ready to act if sufficient progress is not delivered,' Business Minister Margot James is said to have written to ex-Mitie's Baroness Ruby McGregor-Smith in dismissal of her call for large employers to drive the agenda for improved diversity and inclusion in the workplace and to included diversity figures in Annual Reports.

Baroness McGregor-Smith CBE ironically entitled her report as 'The Time for Talking is Over. Now is the Time to Act'.

People from BME backgrounds are also more likely to work in lower paid and lower skilled jobs despite being more likely to have a degree, the report reveals.

In a series of recommendations, the review calls for large employers should lead the way in tackling barriers to BME progression, calling on companies with more than 50 employees to:

McGregor-Smith said: “The time for talk on race in the workplace is over, it’s time to act. No-one should feel unable to reach the top of any organisation because of their race. If businesses and the Government act on my recommendations, it will show everyone from a minority background that Britain’s workplace is for everyone not just the privileged few.

“The consequences of continuing to do nothing will be damaging to the economy and to the aspirations of so many. So from the Cabinet table to the board rooms, there is no more time for excuses - just change.”

The Government has announced that a Business Diversity and Inclusion Group will be set up and chaired by Margot James. It will bring together business leaders and organisations to coordinate action to remove barriers in the workplace and monitor employers’ progress.

Picture: The cover of the Baroness McGregor-Smith Review which Margot James is happy to talk about but not act on just yet