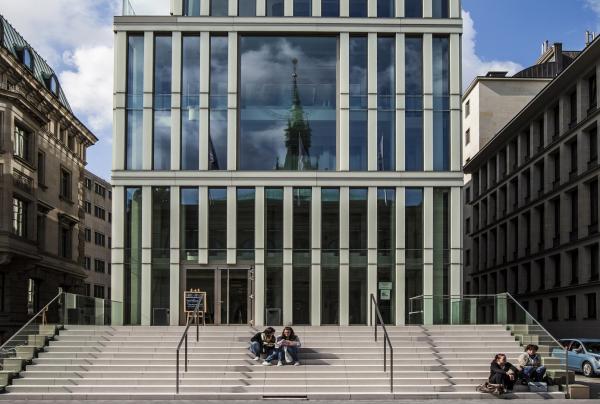 The Chamber of Commerce Innovations Campus (HKIC) in Hamburg is a building that has a radical design that successfully overcame a series of significant project challenges.

Located in the Nikolai Quarter in the centre of Hamburg which is home to around 600 businesses, major international banks and buildings dating back to the twelfth century, the scheme was developed by Hamburg Chamber of Commerce on an ‘impossible’ site. It is positioned between two historic buildings, opposite the impressive classical facade of the old stock exchange – now occupied by the Chamber of Commerce – and directly above live railway lines and underground tunnels.

The project was the result of a design competition run by the Chamber of Commerce and the Hamburger Sparkasse Bank which was won by Johann von Mansberg Architekten.

The finished building has created an inspirational business environment for study, learning and training for the Hamburg School of Business Administration and Hamburg Chamber of Commerce. The 3,000sqft scheme has 15 meeting and seminar rooms, a 240-seat auditorium and a public café on the ground floor.

The six-storey development has a structured facade with extensive glazing that is illuminated at night by back-lit translucent pilaster LED strip lighting.

The Wicona Wicline 75 series – a high thermal performance window – was developed into a bespoke option for the project and the aluminium profiles were adapted to meet the architect's specific requirements, including a special width.

The frames were fitted with pressed-on pilaster strips externally which improve the static load-bearing capabilities of the glazing, provide a degree of solar protection and give the appearance of supporting columns; an architectural element used in classical architecture.

The ribbon windows have concealed openings and the frames are finished in anodised ‘champagne’ to complement the surrounding buildings. With an overall depth of 75mm, this window systems delivers energy efficiency that can achieve the demanding Swiss Minergie standard required for the project, and Uw values of less than 1.0W/m²K.

The window systems were fabricated and glazed off site and the glass was also specially designed for the project and features etching and screen printing. The pilaster strips were mitre glued and sealed – another challenging aspect to this scheme. Normally invisible ‘inner elements’ of the seals are now very visible when the back lighting is turned on. 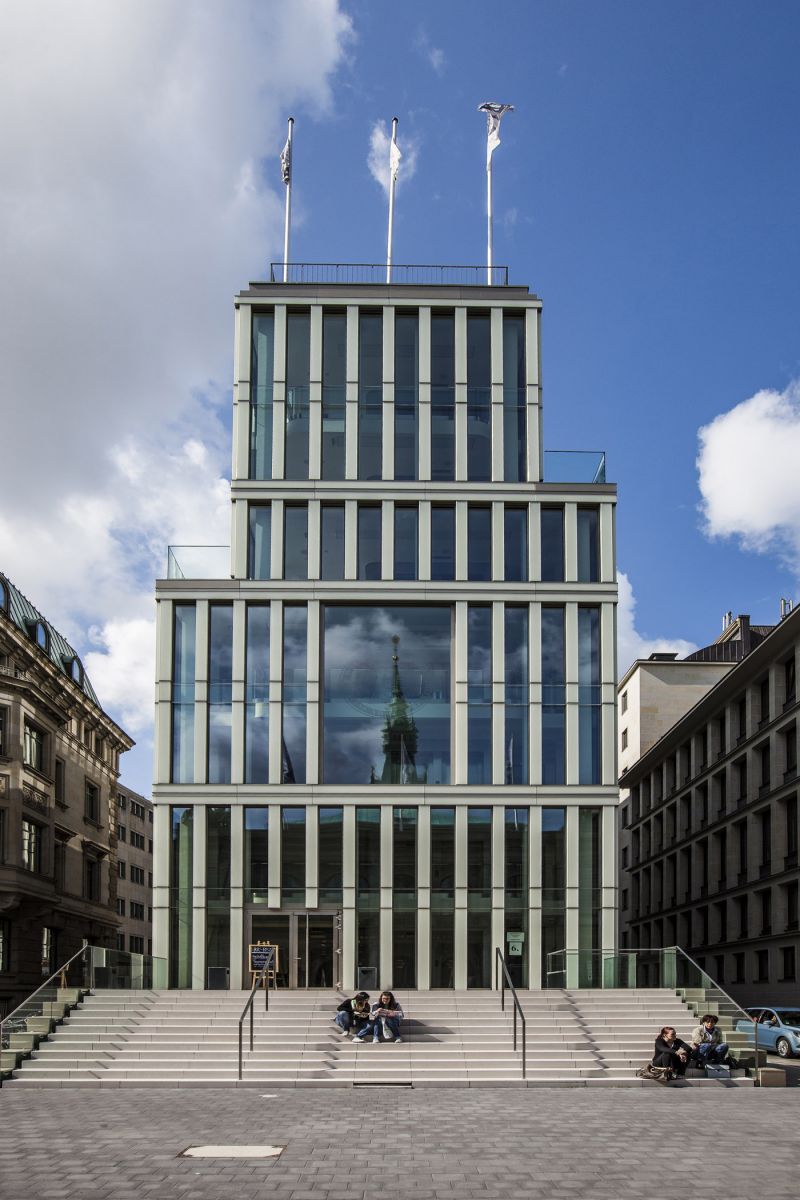 Picture:   An aluminium window system has been used for the Chamber of Commerce Innovations Campus in Hamburg.

Chesil Lodge is a £16 million Extra Care facility that provides contemporary style homes for local residents of Winchester aged 55 and over. It is the latest...

Growing A Façade At Salisbury Square

8 Salisbury Square is a modern, 10-storey office building situated in the heart of the City of London. A reorganisation of its use meant the building gained additional...

Over the last few years, continuously increasing demands on sound and thermal insulation have led to ever-larger window profiles. It seemed that technical...