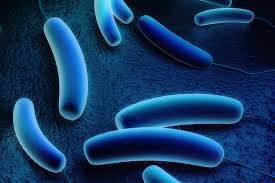 The Health and Safety Executive (HSE) has revised the Legionnaires’ disease Approved Code of Practice (ACOP) (L8), removing the technical guidance which has been published separately online.

Highlighting the benefits of the change, Lorraine Medcalf, HSE’s Legionella policy lead, said: “The revised ACOP provides greater clarity for dutyholders on what constitutes legal requirements and what is guidance. Where possible we have simplified terminology.

“The review also enabled us to update technical guidance to incorporate technological advancements and separate it from general guidance on the regulations, making it available on our website”.

The ACOP, which is aimed at dutyholders including employers; those in control of premises; and people with health and safety responsibilities for others, was one of several identified for review and revision; consolidation; or withdrawal, in line with a recommendation by Professor Ragnar Löfstedt in his report ‘Reclaiming health and safety for all’.

The revised publication was subject to consultation and received HSE Board and ministerial approval. It includes information on identifying and assessing sources of risk; preparing a scheme to prevent or control risk; implementing, managing and monitoring precautions; keeping records of precautions; and appointing a competent person with sufficient authority and knowledge of an installation to help take measures needed to comply with the law.

The revised ACOP is available on the HSE website at: http://www.hse.gov.uk/pubns/books/l8.htm

Legal responsibilities to protect workers’ health and safety are not altered by any changes to ACOPs.

Reading Borough Council has been fined following an investigation into the death of a pensioner who died from exposure to legionella During the Health and Safety...

A steel coating company has been fined for failing to manage the risks from legionella bacteria at two cooling towers over a period of five years.   Newport...