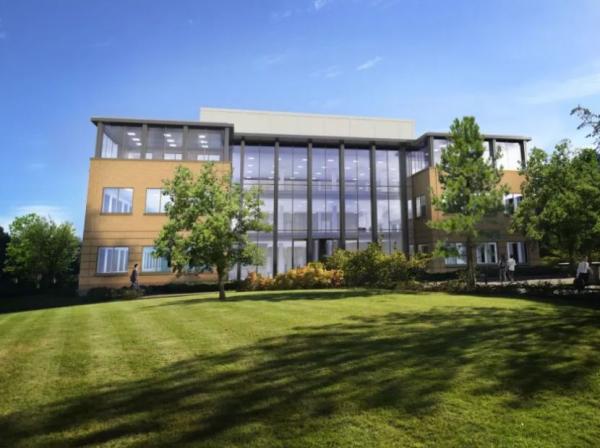 Hermes Investment Management has received planning consent for a major refurbishment of the Ascent Buildings in the Farnborough Aerospace Centre.

The proposal is an £18 million refurbishment on one of the leading business parks in the M3 corridor, Ascent, which comprises four office buildings.

Skansen has been contracted to commence the first phase of the refurbishment works on Ascent 4 in the next few weeks and it is scheduled to be completed by Autumn 2017.

The renovation was designed by Hale Architecture and will enhance three of the buildings, creating a more modern business environment. Improvements include new glazing, including a glass atrium, which will be a key focal point for Ascent 1, upgraded bathroom facilities for employees who might want to cycle to the office, enlarged reception areas and bespoke LED lighting technology.

Paul Wray, an asset manager for Hermes Investment Management, said: “The planning decision is a positive step in progressing with the revitalisation of these key office buildings and attracting more businesses to the area. The high-quality redevelopment plans are set to create a modern day working environment, which complements the corporate headquarters of international brands such as BAE Systems and Zurich. As sustainability is also an important part of the renovation, we are proud to be working towards being certified ‘Very Good/Excellent’ by BREEAM (Building Research Establishment Environmental Assessment Method).”

Picture: The Farnborough Aerospace Centre refurbishment is due to be completed by Summer 2018.