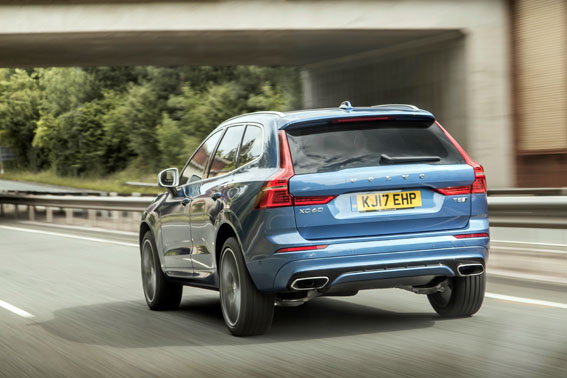 The government, in the form of Environment Minister Michael Gove, confirmed on Wednesday 26 that it will end the sale of all new conventional petrol and diesel cars and vans by 2040.

The announcement came as the government also unveiled new plans to tackle air pollution - which it had been required to do by the Supreme Court.

The 'UK Plan for Tackling Roadside Nitrogen Dioxide Concentrations' produced by Defra and the Department for Transport outlines how councils with the worst levels of air pollution at busy road junctions and hotspots must take action focused on delivering nitrogen dioxide (NO2) compliance at the roadside in the shortest amount of time.

Next year, unless obliged to do so earlier by the Courts, the government will publish a Clean Air Strategy which will address other sources of air pollution.

The government will immediately require councils to produce local air quality plans which reduce nitrogen dioxide levels in the fastest possible time. Local authorities will be able to bid for money from a new Clean Air Fund to support improvements which will reduce the need for restrictions on polluting vehicles. This could include changing road layouts, removing traffic lights and speed humps or upgrading bus fleets.

As Gove was announcing his plans, the government was for the first time declaring that air pollution has an unnecessary and avoidable impact on people’s health and evidence shows that poor air quality is the largest environmental risk to public health in the UK, costing the country up to £2.7 billion in lost productivity in 2012.

The UK is one of 17 EU countries breaching annual targets for nitrogen dioxide, a problem which has been made worse by the failure of the European testing regime for vehicle emissions.

The government will also issue a consultation in the autumn to gather views on measures to support motorists, residents and businesses affected by local plans - such as retrofitting, subsidised car club memberships, exemptions from any vehicles restrictions, or a targeted scrappage scheme for car and van drivers.

Gove said: The plan sets out how we will work with local authorities to tackle the effects of roadside pollution caused by dirty diesels, in particular nitrogen dioxide. This is one element of the government’s £3 billion programme to clean up the air and reduce vehicle emissions.

"Improving air quality is about more than just transport, so next year we will publish a comprehensive Clean Air Strategy. This will set out how we will address all forms of air pollution, delivering clean air for the whole country."

Transport Secretary Chris Grayling said: "We will commit £100m towards new low emission buses and retrofitting older buses with cleaner engines. We are also putting forward proposals for van drivers to have the right to use heavier vehicles if they are electric or gas-powered, making it easier for businesses to opt for cleaner commercial vehicles.

"Local authorities will have access to a range of options to tackle poor air quality in their plans such as changing road layouts to reduce congestion, encouraging uptake of ultra-low emissions vehicles and retrofitting public transport. If these measures are not sufficient to ensure legal compliance, local authorities may also need to consider restrictions on polluting vehicles using affected roads.

"This could mean preventing polluting vehicles using some of these roads at certain times of the day or introducing charging, as the Mayor of London has already announced."

Manufacturers found to be using devices on their vehicles to cheat emissions tests could face criminal and civil charges, with fines of up to £50,000 for every device installed, under proposed new laws.

Local Authorities will be expected to produce draft plans in eight months and final plans by December 2018.

According to Public Health England, poor air quality is the largest environmental risk to public health in the UK. Evidence from the World Health Organisation (WHO) shows that older people, children, people with pre-existing lung and heart conditions, and people on lower incomes may be most at risk. A review by the World Health Organization concludes that long-term exposure to air pollution reduces life expectancy by increasing deaths from lung, heart and circulatory conditions and there is emerging evidence from the Royal College of Physicians of possible links with a range of other adverse health effects including diabetes, cognitive decline and dementia, and effects on the unborn child.

Research commissioned by Defra estimated that in 2012, poor air quality had a total cost of up to £2.7 billion through its impact on productivity.

Mayor of London, Sadiq Khan, has responded to the expected government air quality plan which is due to be rushed out today (Weds 26) following a various legal rulings.

Khan, said:  “The government’s air quality plan is a once-in-a-generation opportunity to make the air that we all breathe less toxic. Air pollution contributes to 40,000 premature deaths across the country with more than 9,000 in London every year.

“A half-hearted commitment simply isn't good enough. They must use this opportunity to take the bold action required now to protect the health of our citizens and to save lives.

"The commitment to phase out sales of new diesel cars (a pre-announcement) is welcome but city dwellers suffering right now simply can't afford to wait until 2040. We need a fully-funded diesel scrappage fund now to get polluting vehicles off our streets immediately, as well as new powers so that cities across the UK can take the action needed to clean up our air.

“Without extra financial support for those who bought polluting vehicles in good faith then any pledge to clean up our air rings hollow.

“The health of millions of people across the UK is dependent on the Government showing more ambition in tackling one of the most pressing issues of our time.”

In the year 2040 - new diesel and petrol vehicles banned?

Michael Gove reckons there will be no new diesel or petrol vans or cars being sold in the once the clock ticks to 2040. Gove has already pre-announced the plan as the official Government Air Quality Plan is expected to be published in the week ending July 28.

This week ending July 26, the government has also announced plans to encourage domestic electricity users to become generators and plans to develop battery harnessing technology - all of which will make owning electric vehicles a more viable option.

Gove is said to be promising a £3 billion package of air quality measures of which councils will receive £255 million - but there is no indication of a set-aside to compensate existing fossil fuel vehicle drivers or to encourage a 'scrappage scheme'.

The government has been before the High Court on a number of occasions for failing to produce an air quality plan and subsequently for producing one that did not reach far enough - particularly in regards to EU legal agreements. The latest visit to the Court produced a non-verdict but with a warning if the plan did not go far enough, particularly in coverage for Wales, Scotland and Northern Ireland, the Government could find itself in hot water again.

Gove has dismissed the idea of encouraging drivers to scrap petrol and diesel in advance of 2040 by either levying a pollution charge in towns and cities and he has also indicated he is not in favour of funding a 'scrappage sheme'. However, he has not ruled out such moves if local councils take responsibility for running them.

Gove is keen to work with local authorities to remove sleeping policemen, changing road layouts and altering traffic light configuration in order to smooth vehicle flows (and thus cut emissions); and would like to impose rules on bus companies and taxis with regard to fuel choice.

The Society of Motor Manufacturers and Traders, the AA and the RAC can confirm there has been a slow shift in vehicle purchasing patterns away from fossil fuels to hybrids but little uptake for purely electric.

Volvo China have decreed that all new Volvos will include electric generation in their make-up. BMW have committed the same but to only certain brands of car. France has said it will also ban fossil fuel cars. Engie has committed to all electric vehicles. The Levenmouth Community in Scotland has installed a hydrogen production and fuelling station - all stories brough to you first by ThisWeekinFM.

Picture: In readiness - all cars from the Chinese manufacturer, Volvo, will come with an electric motor in future