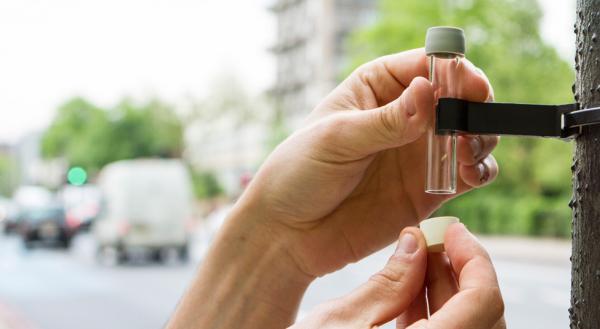 The Government has lost two UK court cases about its plans to tackle the key pollutant nitrogen dioxide (NO2). The High Court has ordered the Government to publish a draft new clean air plan to tackle NO2 by 24 April, with a final plan by 31 July.

Poor air quality is contributing to the early deaths of some 40,000 people in the UK each year, it has been claimed in some quarters. The European Commission has also threatened enforcement which could see the UK pay millions of pounds in fines if the Government does not take steps to bring 16 UK zones within legal pollution limits within two months.

Dr Sarah Wollaston MP, Chair of the Health Committee said: "Poor air quality is affecting the health of millions of people across the UK because of the impact of invisible particulates and other pollutants. Our joint inquiry will include an examination of the scale of the harm caused and the action necessary to tackle it."

Friends of the Earth has launched an ambitious citizen science project to measure air pollution and help the public find out about the air they’re breathing.

Oliver Hayes, Friends of the Earth air pollution campaigner, says: “Our Clean Air Kits help people to find out about the air quality in the places they care about most - on the street where they live, where they work, where their children go to school and at the heart of their communities. The results from the Clean Air Kits are helping us build a picture of air pollution across the UK, and are part of a national investigation we're running with King's College London.

Dr Ben Barratt, a senior air quality scientist at King’s College London, says: “Friends of the Earth’s Clean Air Kits are a valuable tool in enabling people to discover what air pollution is like in places that matter to them. If enough people take part, the data they gather could shed new light on the reality of pollution at a local level throughout the country.”

Fines in the air

MPs will examine whether revised Government plans required by the courts to be published by 24 April will go far enough to cut pollution, not only to meet legal limits but also to deliver maximum health and environmental benefits.

Mary Creagh MP, Chair of the Environmental Audit Committee said: "The UK courts have twice told the Government to raise its game to clean up our filthy air because of European Union legislation. My Committee has repeatedly pressed Ministers on their plans for improving air quality as we leave the EU; we hope that the new air quality plan, and this joint inquiry, will give us more clarity."

Louise Ellman MP, Chair of the Transport Select Committee said: "The UK economy depends on an efficient and flexible transport system but emissions from vehicles are a significant problem and the standards that governments have relied on have not delivered the expected reductions. We will be asking what more can be done to increase the use of cleaner vehicles as well as to encourage the use of sustainable modes of transport."

Reports of the death of the diesel may be premature but despite reports that the Government are willing to help compensate diesel car drivers who were encourage in their purchases (for example the 2001 tax exemption), many cities are now likely to inflict  charges such as the April 2019 London, ultra low emission zone where some drivers are going to get walloped for a massive  £24 a day.

Picture: Friends of the Earth is encouraging people to measure their own air quality in a major study