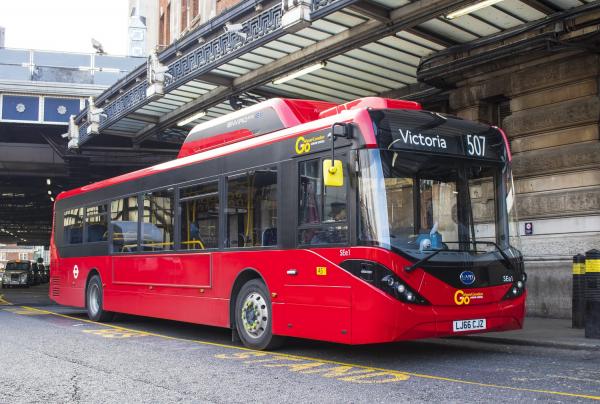 The successful bidders will use the funding to buy new electric and gas buses and to install stations to fuel or charge them.

Transport Minister Paul Maynard said back in September when the funding was being readied to be deployed: "Low emission buses are an important part of our plans to make motoring cleaner and improve air quality across the country. New greener buses will be more comfortable for passengers, they are cost efficient and are good for the environment."

The government’s support for low emission buses is one part of a £600 million package of measures from the Office for Low Emission Vehicles by 2020, plus £270 million announced in the 2016 Autumn Statement to support the roll out of low emission cars, taxis and buses and supporting infrastructure.

Transport Research Laboratory (TRL) has been commissioned to monitor and evaluate the performance and impacts of low emission buses in 13 locations across the UK.

Positioned across the UK, variations of gas, full-electric, hybrid-electric and hydrogen fuel cell buses will be procured and operated by bus operators. TRL will carry out data collection and analysis of bus and infrastructure performance, cost savings and environmental impacts to create insight reports for the DfT and the bus industry. This will allow government and bus operators to make informed decisions about how to best develop their low emission bus fleets and infrastructure.

The trials are already underway and TRL will be looking to report back the interim projects findings in just under 12-months’ time.

Londoners saved from 900 tonnes of CO2 by electric bus fleet

After a year in service - and a million kilometres - London's first and Europe's largest fleet of zero emission pure electric buses, operated by Go-Ahead London for TfL - have saved Londoners nearly 900 tonnes of harmful CO2 pollution it is clasimed. The buses are built in Britain by the BYD ADL electric bus partnership.

The 51-strong fleet of single decker buses, which operate out of Go-Ahead's Waterloo depot on routes 507 and 521. In total there are 157 BYD ADL single deck buses in service or on order for London operators with a further fleet due to enter service soon in Liverpool. The BYD ADL partnership is now working on a range of new products.

Picture: Cleaner journeys are due as the government commits £11 million to greener buses; the Department for Transport has appointed a company to evaluate the performance of low emission buses; and TfL are already using electric variants