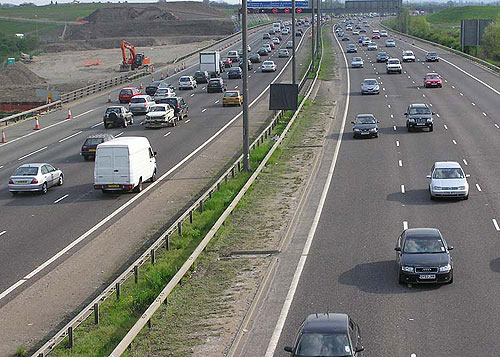 Prime Minister David Cameron’s statement that there will be major road improvements have been welcomed by road groups. Cameron stated in a speech to the Confederation of British Industry that plans for the biggest road building programme for almost half a century, will be unveiled in next month's Autumn Statement on 3 December, and contain a £15 billion overhaul of 100 of Britain's busiest roads and motorways by the end of the decade as the economy continues to recover.

The Freight Transport Association (FTA) has said that plans to deliver roads improvements across the country are ‘good news for the freight and logistics industry’, adding that such investment will improve the reliability of the strategic road network and ensure that transport operators can continue to support the UK economy.

The FTA’s own research has shown that its members have expressed increasing concern about the state of the UK’s road network. In a survey, they reported a deterioration in the reliability of the road network compared with 12 months ago. Almost 30% said there has been a decrease in reliability of the motorway network and over 40% believed there had been a decline in local authority roads performance. The conclusion was that there needed to be ‘urgent investment’ to improve journey reliability on major routes.

The FTA argues that such roads improvements would also assist the economies of those areas which are badly served by strategic transport infrastructure, e.g. the Trans Pennine routes, South West, Eastern and North East England.

“We are pleased to hear of the planned ‘roads revolution’ as such improvements have to be good news for all UK freight operators,” said Malcolm Bingham, Head of Road Network Management Policy, FTA. “Improved road reliability will help to ensure transport operators can provide an efficient service to their customers and will reduce the unnecessary costs associated with traffic jams.”

Other road associations expressed their approval, including the AA. "Roads carry 90% of goods and people and are our biggest transport asset and so it makes perfect sense to upgrade them to help the UK economy by improving journey times for people and business," stated Edmund King, President, AA.

The contribution that road tax made and the poor return back from government did not go unnoticed by the RAC, however. "The Chancellor collects more than £30 billion in road fuel duty and Vehicle Excise Duty (car tax) alone but spends just a quarter of this on the road network,” complained Professor Stephen Glaister, RAC Foundation Director. “If a larger share of this income will now be used to upgrade our highways, which are a vital national asset, then that is welcome.”

Not surprisingly, the Labour Party has declared that the announcement by the government was, in fact, another example of smoke and mirrors. "This desperate so-called announcement of promised road improvements includes no additional money and people simply won't fall for it,” warned Michael Dugher, Shadow Transport Secretary. “When it comes to road investment, the truth is Cameron leaves us like a frustrated motorist trying to get through the rush hour - we're stuck going nowhere fast."

Picture: Promises to invest in road improvement schemes have been welcomed by road groups but is there any new money committed?