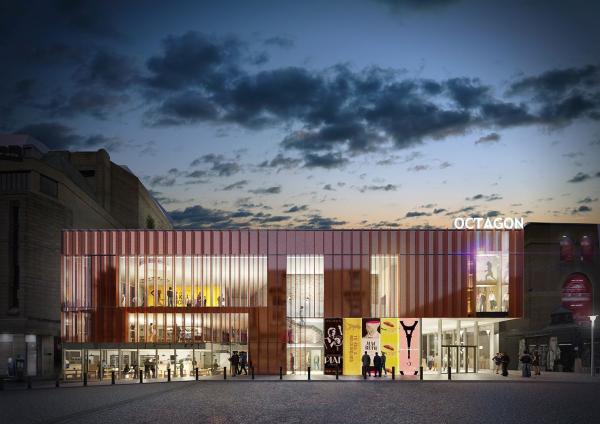 Rick Willmott, Group Chief Executive at Willmott Dixon, has called on the construction sector to secure the future of generations to come by taking more action now to reduce carbon emissions.

Willmott explained why the company is making carbon emissions reduction a priority, “Climate change will have a profound impact on the way of life for future generations, with implications for health, food production and access to resources if we don’t curb now the effect of excessive carbon emissions into our atmosphere and the consequence that has for global warming.

Any company committed to leaving a lasting legacy in the built environment must view carbon management as a key focus area.”

Willmott Dixon has focused heavily on tackling emissions in which the company has direct control, such as purchasing electricity from renewable sources and finding ways to reduce emissions from transport and the construction activities.  The company is also addressing emissions generated by the supply chain that they have influence over (so-called Scope 3 emissions).

The company ensures its carbon performance is verified externally by Bureau Veritas.  The company has also been recertified to the Carbon Trust Standard (achieving the highest score in the sector), and remains a pioneer of the Carbon Trust’s Supply Chain Standard – the world’s first accreditation for companies managing emissions in their supply chain.

Since 2012, Willmott Dixon has calculated its unavoidable emissions and offset them by purchasing credits in projects which are reducing carbon emissions by an equivalent amount.  This means the company is certified as carbon neutral.

Willmott continued: “With around half of the UK’s carbon emissions coming from the construction and operation of buildings, we must strive to find less carbon-intensive ways to operate as an industry.  And this includes getting better at building energy efficient buildings, which will stand up to the more extreme temperatures we can expect in the coming decades.”

Humberside Police initially looked at renovating its existing facilities but concluded that would be too expensive and difficult to facilitate. Instead, it has opted for Willmott Dixon’s CODE custody suite concept to replace current custody suites in Scunthorpe and Grimsby with one large high-tech secure environment.

The Police and Crime Commissioner for Humberside is acquiring the site and if planning permission is granted, work on the £15.5 million project to deliver 36-cell custody suite along with over 1,000 square metres of office space will start in November 2017. Procured under Scape Group’s Major Works framework, Willmott Dixon is now carrying out pre-construction work.

It’s a big milestone for CODE, which Willmott Dixon launched with NORR Architects to provide a choice of three pre-designed custodial facilities. It is a direct response to a trend that is seeing police forces rationalise these estates by relocating from smaller, multiple facilities to a single all-purpose custody suite, offices and interview rooms.

CODE has three models; Alpha providing up to 28 cells, Bravo up to 36 cells and Charlie for forces that require more than 36 cells; police forces can also completely customise their suite to ensure it meets their individual needs.

Willmott Dixon has continued its surge of work modernising university campuses by securing over £60 million of contracts at three universities in the Midlands.

The company has delivered £400 million of work in the sector recently and is adding to this by securing new contracts for Warwick University, Coventry University and University of Birmingham.

The largest contract is a £36 million sports hub for University of Warwick, which follows the company’s recent completion at the same university of the award-winning Oculus Building in the heart of the campus.  The sports hub supports University of Warwick’s aim of being the most physically active campus community in the UK by 2020 by providing students with a multi-sports hall, climbing facilities, squash courts, swimming pool and multi-purpose studios.

At nearby Coventry University, Willmott Dixon has won a £15 million contract for a low carbon technology centre where car manufacturers will test the next generation of engines. The site situated on the Coventry University Enterprise Park, has five cell engine test facilities with an option to expand to eight.  It follows previous projects by Willmott Dixon to expand the university with new campuses in Scarborough and London.

At the University of Birmingham, Willmott Dixon has also been selected for two projects worth £15 million to create "The Green Heart" and a new data centre.

The three contracts come just a few weeks after Willmott Dixon announced it would build RNN Group’s University Centre Rotherham as well as create the first undergraduate School of Medicine in Essex for Anglia Ruskin at its Chelmsford campus.

The company is also building the new Town House for Kingston University, the Sibson building for University of Kent, plus refurbishing the Dreadnought Building for Greenwich University and adding the Computational Foundry at Swansea University.

Willmott Dixon has been awarded a £24 million contract by the Science & Technology Facilities Council (STFC) to deliver the RAL Gemini Laser Building for their Central Laser Facility (CLF). This follows another appointment by the same customer in April to build the Harwell Facilities Building, bringing the volume of work Willmott Dixon currently has on the high-tech, world renowned campus to nearly £50 million.

The project, also procured through the Scape National Major Works framework, will create a new laser testing facility for CLF’s Gemini team at STFC’s Rutherford Appleton Laboratory (RAL), enhancing what is already one of the world’s leading laser facilities for scientists from the UK and Europe. This will complement the Harwell Facilities Building that will provide a specialist environment for researching and testing of important scientific developments.

Willmott Dixon will transform another cultural landmark after being appointed for a £8.5 million project to enlarge and modernise the 1960s built Octagon Theatre in Bolton.

The company’s refurbishment specialists are already restoring a number of local attractions across the country, including Darlington Civic Centre, Plymouth’s History Centre and the east wing at Alexandra Palace.  In June, it was also chosen to refurbish the world-famous Old Admiralty building to create a new head office for the Department of Education.

Now Willmott Dixon has been appointed by Bolton Metropolitan Borough Council to create a bigger, more modern Octagon Theatre that will enable thousands more people to enjoy watching leading artists for another 50 years.

It also was procured through Scape Group’s Major Works Framework.

Scape Group’s National Major Works framework has made appointments to refurbish the Grade II listed Old Admiralty Building in Horseguards Parade into the new home for The Department for Education.

The project is being led Willmott Dixon Interiors, which last year transformed the Grade II listed Commonwealth Institute in Kensington into the new home for the Design Museum. Now the company will be responsible for restoring and enhancing one of the Whitehall Estate’s most recognisable landmarks.

The Department for Education Commercial Director and EFSA Director of Capital, Mike Green, said “The Old Admiralty Building is important for Government as a large and strategically placed freehold. By renovating and upgrading the building, we are maximising the value of this important heritage asset and providing a good home for the Department.”

The project will be delivered at the same time Willmott Dixon is rejuvenating another famous Grade II listed building, Alexandra Palace, with a team bringing back to life the east wing so it can become a major visitor attraction.

King Of The Castle For Dirty Rascals

Rinnai continuous flow and solar panels have replaced a stored hot water system at Peckforton Castle - an historic home repurposed as a popular luxury hotel and...

Rinnai Operations Director Chris Goggin comments: ÔÇśRinnai welcomes the UK ÔÇťHeat and Buildings Strategy,ÔÇŁ as it outlines a route to a green industrial revolution that enables the delivery of a lower carbon future and achievement of NetZero targets. Click Image To Read More ...

The value of a regular programme of fa├žade and window redecoration goes far beyond the very obvious aesthetic improvements it entails. Click Image To Read More

COP25 vs COP26: WhatÔÇÖs next for global change action?

With less than nine weeks until the COP26 Summit takes place in Glasgow, it is expected that all eyes will be on the nations at the Summit to progress with negotiations and set ambitious, achievable targets to tackle climate change. Now two years on from the last event, will this yearÔÇÖs summit achieve what COP25 could not? Click Image To Read More