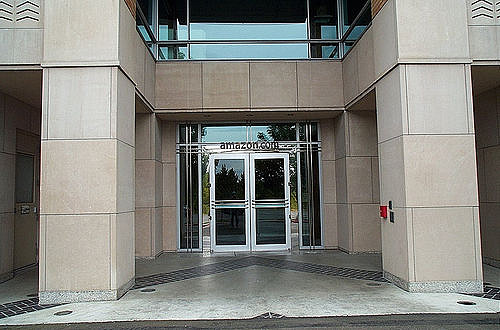 In the week ending Feb 24, Amazon UK announced plans to create more than 5,000 full-time jobs this year, taking the company’s total UK workforce to over 24,000.

These new job opportunities are for people with all types of experience, education and skill levels - from software developers, engineers and technicians, to those seeking entry-level positions and on-the-job training.

The company will work to hire as many individuals as possible from seasonal positions into these new permanent roles; in fact, over 10,000 of the company’s 19,000 current employees started with the company in a seasonal role.

In January, Amazon Web Services launched AWS re:Start, a free training and job placement programme for the UK to educate young adults as well as military veterans, reservists and their spouses, on the latest software development and cloud computing technologies.

Working with QA Consulting, The Prince’s Trust, and the Ministry of Defence (MoD), AWS re:Start brings together AWS Partner Network partners and customers to offer work placements to 1,000 people as part of the programme.

Welcome to the jungle

Amazon’s 5,000 new jobs will be created at the UK head office in London; Customer Service Centre in Edinburgh; Fashion Photography Studio in Shoreditch; AWS Europe (London) Region office; Fulfilment Centres across the UK, including three new sites set to open in Tilbury, Doncaster and Daventry; as well as at Development Centres in Cambridge, Edinburgh and London More than 1,500 roles will be based at these Development Centres and in AWS by the end of 2017.

Amazon will also open a new head office this year in the 15-storey Principal Place in Shoreditch, East London.  Located on Norton Folgate, between Liverpool Street and Shoreditch High Street stations, Principal Place is a mixed-use development with a 600,000 sq. ft. office building and an adjacent residential tower. Amazon will also maintain its 60 Holborn Viaduct office providing capacity for more than 5,000 employees in the capital by the end of 2017.