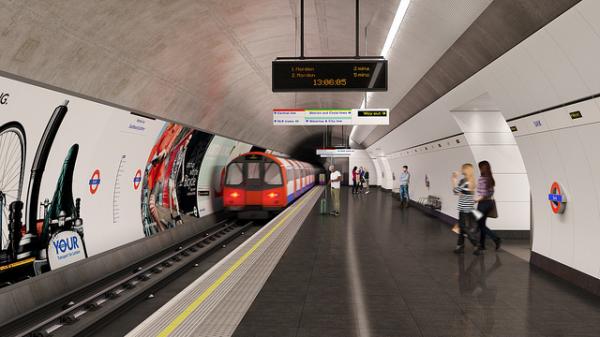 In a move that is claimed will save Transport for London £80 million in management fees but cost Amey a fortune, the TfL board has announced that it will now manage maintenance work on the Jubilee, Northern and Piccadilly lines through its own in-house management team.

The announcement is part of a drive to cut waste and improve efficiency within TfL and pay for a freeze in all TfL fares over the next four years. Labour Mayor, Sadiq Khan, said he was ‘proud’ that TfL would be bringing underground maintenance work back into the public sector.

For the past 13 years the private company Amey has been contracted to manage maintenance work across the three lines – a legacy of the Public Private Partnership contract that previously existed between Tube Lines and London Underground. However, the arrangement will now be brought to an end at the end of next year – the earliest possible point the contract allows.

London Underground already has experience of managing operations in-house following the demise of Metronet in 2007. Since then, TfL says costs have reduced and performance has improved compared to the PPP era.

Mark Wild, London Underground’s MD, said: “We are carrying out a root-and-branch review of our business to cost less and make transport in London more affordable for our customers. As part of this, we are using our in-house maintenance expertise to save tens of millions of pounds. There will be no impact on our extremely high standards of maintenance and we will be working closely with Amey over the next 18 months to ensure a smooth transition.”

Picture: Amey's £80 million London Underground fees are just about to go down the tube

JLL has announced that its Integrated Facilities Management (IFM) business in EMEA has been awarded a five year contract by Aon, the global provider of risk management...

How the Mitie are Crest Fallen

Following an exposé on Channel 4 News the attention has now shifted to Mitie’s operations at Harmondsworth near Heathrow Airport. The allegations of...