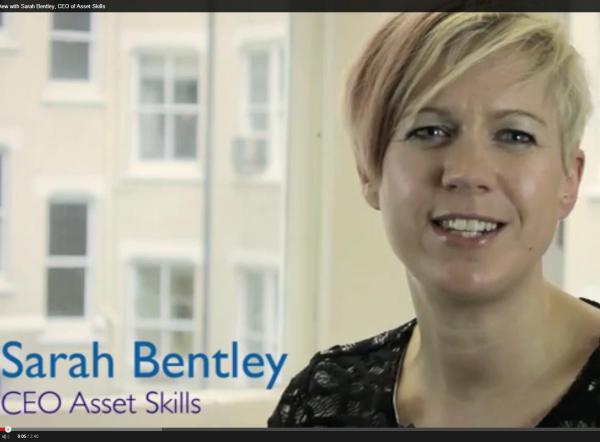 A video interview with Sarah Bentley is included below

The proposed merger of Asset Skills, CSSA and the FMA is part of a vision to create a new and consolidated industry body. Following the unanimous votes in favour of the merger by members of the CSSA and FMA, the board of Asset Skills is to vote at the end of November.

Further details of the reasons behind the merger and what the new offering will entail can now be revealed. There have been various drivers behind the proposed merger, one being the rationalisation that is needed within the industry. The economic climate has forced employers to review all of their costs and this includes the annual fees that they pay to membership bodies.

It was becoming ever more apparent that although all three organisations are successful in their own right, there was a need to tackle the overlap between the organisations that each represents and the services that they provide.

The new organisation will be a membership body that educates, represents and supports service providers and service users and which views the end user as an integral part of the new body.

Sarah Bentley, Chief Executive of Asset Skills, comments: “There is wide agreement that consolidation is a positive step towards offering better representation for the industry, and tangible benefits to members. Having listened to what the industry and the users really need from a membership body, we have worked hard to develop an extensive offering; including a complete package of training and education.”

She continues: “We will be providing bespoke training programmes designed for each sector that will be available to members as part of the benefits package. Training will be made available to operatives, supervisors and managers of all levels and delivered in an affordable and flexible way - including online and mobile.”

The aim is also to provide a platform for members to create new business opportunities and this is achieved with a visible, proactive networking programme. The existing infrastructure will allow for benefits such us these to be implemented immediately.

The skills and experience of the three organisations, combined through this merger, will prove to be vital in realising the new representative membership body.

Sarah Bentley concludes: “This merger is intended to be just the start of a vision for the future of representation in the industry. The consolidation will not end with these three organisations, and other interested parties are invited to discuss the possibility of being involved with the exciting plans in the future.”