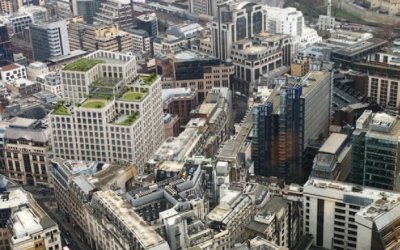 Partners Group, the global private markets investment manager, is developing a Grade A office building at 80 Fenchurch Street in the City of London on behalf of its clients. Its joint venture development partner is Marick Real Estate and the total project costs are expected to be £200 million. The transaction completed at the end of April 2015.

The global group has, in recent months, exited investment in certain parts of the globe but has been very active in Europe, the USA, Mexico and Canada.

80 Fenchurch Street is a prime location in the City of London, close to transport links and other amenities. The development project will include the demolition of an existing, vacant building on the site, which is due to take place at the end of June. Construction of the new building will commence in early 2016, with completion expected by the first quarter of 2018. The new building will be a 14 storey, 245,000sqft office building offering Grade A office space with design features including a series of tiered roof gardens.

Stuart Keith, Vice President of Private Real Estate for Partners, states: "The recent rebound in the UK economy has created a significant supply and demand imbalance in the City of London in terms of Grade A office space, with vacancy levels close to historic lows and rents steadily climbing. 80 Fenchurch will be perfectly placed in terms of location, timing and quality of build to capitalise on this opportunity."

Claude Angéloz, Partner and Co-Head of Private Real Estate, commented: "The 80 Fenchurch Street development is a fit with our strategy of selectively developing core properties that meet end-user demand in markets with strong fundamentals (presumably he knows what he is talking about even if it leaves the rest of us mystified). It is a great site in a prime location and the finished building will be a notable addition to the City of London's stock of attractive and premium quality office properties."

Picture: The new building will be a 14 storey, 245,000sqft office building offering Grade A office space with design features including a series of tiered roof gardens.

Build It and We Will Come

A top UK investor has apparently told the new Prime Minister 'green light' Heathrow and we will help you build your vision for a better Britain. In partnership...