Anything You Can Do? â€“ Serco Lose CEO and Replacement is Instant 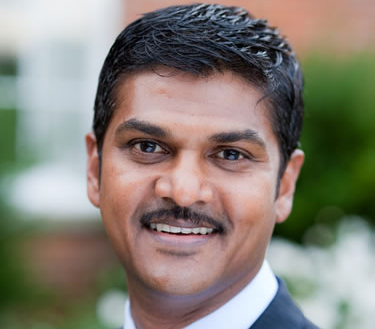 Serco has announced the resignation of Christopher Hyman (pictured above). This comes less than a day after G4S revealed that Richard Morris, G4S Regional CEO UK & Ireland had quit his post.

Both companies had been under severe pressure – not least from the financial markets – since becoming embroiled in over-charging on Ministry of Justice contracts scandals (charging for tagging that wasn’t done and failing to deliver prisoners to court). Serco’s shares had dropped £500million with the threat of losing out on any further Government work. G4S has effectively been obliged to withdraw from bidding for further ‘tagging’ contracts.

On the announcement of Christopher Hyman’s departure, Serco’s shares soared!

Unlike Morris, who had not been in post long, Hyman had been with the company 19 years and had served as CEO for the past 11.

The coalition Government is said to be viewing at least Hyman’s departure as a positive step on the way to Serco’s rehabilitation. Despite looking for alternative contractors, no one in this Government could see the practicality of eliminating ‘the big two’ from further work.

G4S has publicly announced that Morris resigned with no ‘inducement’; there is no news on Hyman’s departure package.

Although the Serious Fraud Squad is still investigating the over-charging allegations, neither former CEO is expecting to be transported to chokey  - it’s said some old lags had similar expectations under the stewardship of their two firms.

Ed Casey, who has led Serco's Americas division since 2005, has been appointed Acting Group CEO. The company will put its Government work into a separate, more closely monitored business.

It has been reported on the BBC: that the Government will ‘take full account of all the changes Serco has made today’ and ‘will ensure tax payers money is spent wisely’. Shadow justice secretary Sadiq Khan called for ministers to provide assurances that no confidentiality deals or ‘other arrangements that avoided justice’ were being done. Mr Khan also asked ministers to ‘publish immediately the PriceWaterhouseCooper report into the activities of G4S and Serco’.

Serco Employees Set to Strike Over â€˜Low Pay and Exploitationâ€™

FMs and management teams have a duty of care to staff and building users. In extreme heat such as we are experiencing right now, itâ€™s vital to make sure people are as safe and comfortable as possible. Click Image To Read More