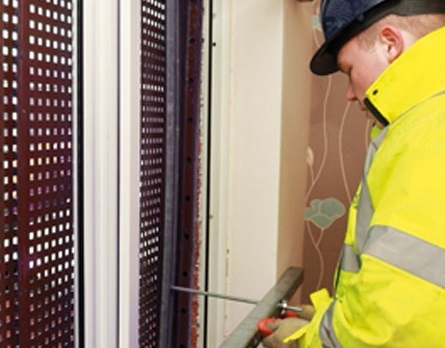 The BIFM and corporate member Orbis have stated that they are eager to obtain views from property and FMs about the empty buildings in their portfolio.

Squatting in a residential building became a criminal offence three years ago. An Orbis survey at the time revealed that a third of property managers predicted a rise in squatters targeting commercial properties as a result. The new survey for 2015 aims to establish whether these concerns have become a reality.
The new survey seeks to understand what FMs’ main concerns are when it comes to empty buildings, understanding of the legal and insurance requirements around empty properties and how they currently manage them.

The survey also considers urban exploring, exploration of man-made structures, to determine whether this is a growing trend and a threat. It takes around two minutes to complete. As a thank you for taking part, respondents will be entered into a prize draw to win a Kindle Fire HD.

“Our 2012 survey found that a third of property managers were predicting a rise in squatters targeting their commercial properties,” said Guy Other, CEO, Orbis. “With this new survey we will better determine the extent of the problem in 2015 and the extent of any new threats.”

Picture: The 2015 survey organised by jointly by Orbis and the BIFM will particularly deal with squatting in empty, commercial premises and its apparent increase since recent legislation in 2012