Armed Officers - First of 600 Arrive in Week of Tradegy 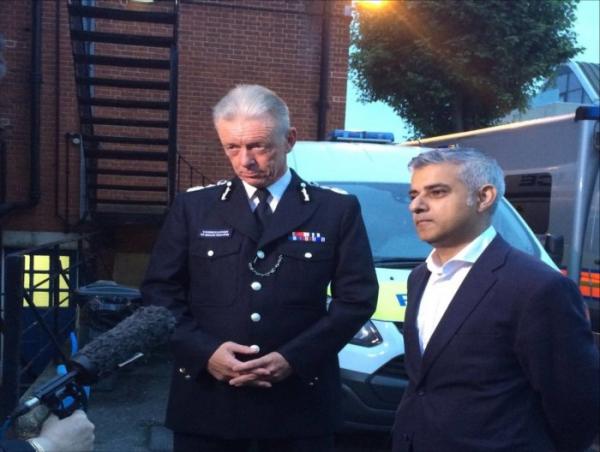 The Metropolitan Police Commissioner, Sir Bernard Hogan-Howe and the Mayor of London, Sadiq Khan have announced the start of Operation Hercules in which 600 additional firearms officers will be deployed in visible roles in London. The first are now fully trained and operationally ready.

The public will see more armed officers on active operations and targeted patrols, both on foot and in vehicles.

Sir Bernard Hogan-Howe, said: “Anyone who's been following events in Europe over the past few weeks will understand why we want to show our determination to protect the public. We are deadly serious about the protection that we are offering the people of London. That's why I’m increasing the visibility and the number of armed officers on London's streets and demonstrating some of the range of tactics we already have to protect the public from all manner of threats."

Most readers will be aware of the attack at Russell Square in which an American woman was killed. Assistant Commissioner Mark Rowley said: "We started to receive 999 calls from the public. Within six minutes of the first call, our armed officers were there. The man was Tasered and he was detained. Our officers rushed to that scene with very little information. They would not have known if this was an act of terrorism or the random attack (triggered by mental health issues) we now know it be. They detained an armed and dangerous man - and resolved it using the minimum necessary force - no shots were fired. The reality of having to deal with armed and deadly attackers is that you need firearms officers who will use force to stop those attackers in their aim. Our firearms officers are the ones who will run towards the danger. Despite the fact they are carrying guns they are still police officers and I want the public to approach and talk to them, they are out on our streets to reassure and help the public.”

The Mayor of London, Sadiq Khan, said: "The threat level here in London has not changed but it does remain at severe and especially in light of recent deadly attacks in Europe it is important we are prepared should the unthinkable happen. We will see more armed officers on our streets but there is no reason to be alarmed. All of our police officers are playing their part and working closely with all of our communities to prevent the possibility of an attack.

"That is why we are returning to real neighbourhood policing with a second dedicated PC in every London ward by the end of next year, to be the eyes and ears of our security services and build trust in our communities.

"Our armed response teams do a very difficult job. They put their own lives at risk every day and are at the front line of protection for Londoners across our city."

The Met has declared it will continue to do everything possible to protect the capital not just through the use of armed officers but the ongoing work by specialist detectives in the counter terrorism command; working with partner agencies and gathering community intelligence. The operation is not based on any specific intelligence but is a long term response to best use the increasing number of armed officers the Met has to make London as hostile an environment as possible for any would-be attacker. That means the locations, types of tactics and the numbers of officers deployed at once will continually change.

A man appeared the Old Bailey on the morning of August 5 charged with collection of information likely to be useful to someone preparing a terrorist act. Hussain Yusef was remanded in custody to appear  January 3 2017.

On Tuesday 2, a woman was arrested on suspicion of funding terrorism by officers from the Met’s Counter Terrorism Command. She has since been released on police bail to a date in mid-September pending further enquiries.

Picture: The Commissioner, Sir Bernard Hogan-Howe with the Mayor of London, Sadiq Khan