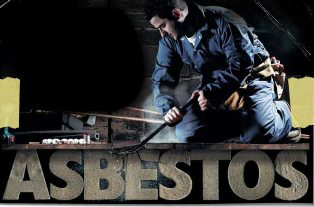 A developer has been ordered to pay £100,000 in fines and costs on top of his suspended prison sentence after repeatedly ignoring HSE advice – and the law – by allowing tradesmen to remove asbestos unchecked.

Labourers who wore disposable overalls and masks would have contaminated their clothing and gone home to their families on the bus and tube putting hundreds of people at risk of inhaling cancer causing fibres.

The HSE knew there were serious problems on the site but failed to follow up their own Prohibition Notice for nearly five months.

James Roger Carlton, AKA Roger Stephen Parry, was developing and project managing a former school when an inspector visited as part of the Construction Safety Initiative having surmised that the school was of an age where asbestos was likely to have been used. He told Carlton to arrange for an asbestos survey – and insisted that a licensed company was employed to remove any asbestos that was found.

Just over a week later, a member of the public reported that she has seen bags of rubble with what looked liked asbestos in simply left lying around or dumped in a skip.

Alarmed inspectors quickly issued a Prohibition Notice but remarkable failed to return to the site for over four months only to find labourers sweeping up asbestos dust and dumping broken insulation boards in a ‘lockable ‘ skip.

Work was stopped and arrangements made for proper removal of asbestos materials.

HSE inspector Kevin Wilson said: "Mr Carlton showed a disregard for the health and safety of his employees and others. Our investigation uncovered a catalogue of serious errors, safety failings and a general ignorance of the laws around the safe removal of asbestos.

"Employees who have been exposed to asbestos could have posed a health risk to others in the long term, even their families and loved ones, by taking home their contaminated clothing."

Carlton pleaded guilty at Nottingham Crown Court and was given an eight-month prison sentence, which was suspended for two years. He was also fined £55,000 and ordered to pay £45,000 towards costs for failing to protect employees under the HSWA 1974, for contravening an enforcement notice, for a breach under the Control of Asbestos Regulations 2006 and ten breaches of the Control of Asbestos Regulations 2012.