Back, Hip Pelvis, Femur and Arm - the True Cost of Roof Accident 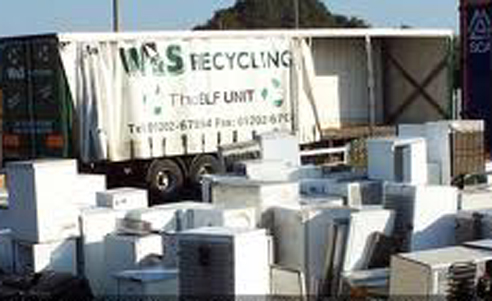 Two men have been fined after a worker suffered serious injuries when he fell through a fragile warehouse roof in Poole in Dorset.

Bradley White suffered four broken bones in the bottom of his back, a broken hip and pelvis, a shattered femur, four fractures to his left arm, a fractured right wrist and ligament damage. He was in hospital for three weeks and has had to undergo numerous operations.

The 27-year-old had been employed by Michael Davies to replace the roof on a large industrial unit at W&S Recycling on Nuffield Industrial Estate in Poole, which is owned by Geoff Thompson.

Davies and Thompson were both prosecuted by the HSE after an investigation found they had failed to make sure the work could be carried out safely.

Michael Davies, of Kingston Road in Poole, pleaded guilty to breaching Section 3 of the Health and Safety at Work etc. Act 1974 by failing to ensure workers were not put a risk. He was fined £2,500 and ordered to pay costs of £2,000.

Geoff Thompson, who trades as W&S Recycling, pleaded guilty to breaching Regulation 9 of the Construction Design and Management Regulations 2007 by failing to ensure the arrangements made for managing the project  were suitable. Thompson, of Nuffield Road in Poole, was fined £1,500 and ordered to pay costs of £5,000.

W&S collects and recycles all types of waste paper from many different types of businesses and its customers include local authorities, libraries and local businesses.