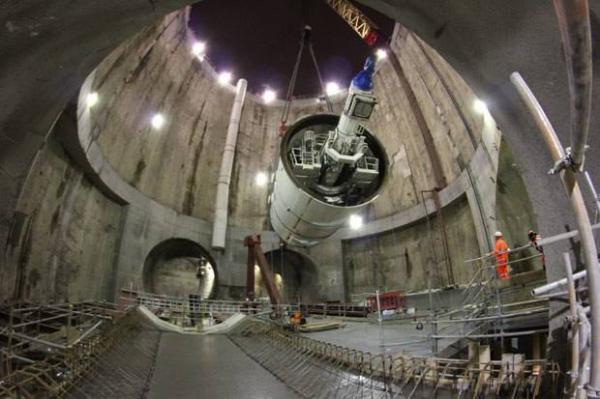 A passenger air transport firm has been fined after an employee suffered brain damage after being crushed by hangar doors in Bedfordshire.

St Albans Crown Court heard yesterday (Aug 3) how an employee of Signature Flight Support London Luton Ltd was injured while she was opening the doors of Hangar 219 at Luton Airport to move aircraft inside. On moving one of the doors the employee became trapped causing crushing injuries resulting in severe brain damage.

An investigation by the Health and Safety Executive into the incident which occurred on 28 April 2015 found that the company failed to conduct an adequate planning or provide adequate training and written instructions.

Signature Flight Support pleaded guilty to breaching Section 2 of the Health and Safety at Work etc Act and was been fined £250,000 and ordered to pay costs of £19,483.50.

Speaking after the hearing, HSE inspector Andrew McGill said: “The injured person’s family have been left devastated after this incident. Her husband gave up work to care for her daily and has been diagnosed with post-traumatic stress disorder. Employers must provide suitable systems of work, training, information and supervision to ensure safety. If a safe system of work had been in place prior to this incident, it could have prevented the life-changing injuries sustained by the employee.”

July 31 saw Fruehauf Limited fined after a worker sustained fatal injuries after falling from a cherry picker at a factory in Grantham.

Lincoln Magistrates Court heard how on 18 February 2016, the 64-year old worker fell while climbing from the basket of a cherry picker onto an overhead travelling crane to repair it. The court heard that the work was not properly planned and carried out without suitable harnesses and fall arrest equipment.

An investigation by the HSE found that Fruehauf failed to provide and enforce a safe system of work for accessing the overhead cranes in the factory; the company did not have appropriate management arrangements in place for controlling, monitoring and reviewing the safety of maintenance tasks; and the activity was not properly risk assessed.

Speaking after the hearing HM Inspector Martin Giles said: “Those in control of work have a responsibility to devise safe methods of working and to provide the necessary information, instruction and training to their workers in the safe system of working. This incident could have been prevented had Fruehauf Limited provided appropriate supervision and suitable fall arrest equipment for their workers to wear and use."

A joint venture comprising of three companies established to support the Crossrail tunnel construction fined a total of more than £1 million (on July 28) following three separate incidents on the project, including the death of a worker.

Southwark Crown Court heard Renè Tká?ik died after being crushed by falling wet concrete on 7 March 2014. Two other men were injured following separate incidents within six days of one another, on 16 and 22 January 2015. All three incidents took place in the tunnels around the Fisher Street area.

Renè Tká?ik, 43 from Slovakia, was working on a team enlarging the tunnel by removing rings of the existing pilot tunnel and spraying walls with liquid concrete.During this operation, a section of the roof collapsed, fatally crushing Mr Tká?ik.

On 16 January 2015 Terence ‘Ian’ Hughes was collecting some equipment from inside one of the tunnels when he was struck by a reversing excavator. He suffered severe fractures to his right leg and crush injuries to his left knee and shin.

Six days later worker Alex Vizitiu, who was part of a team tasked with spraying liquid concrete lining, was assisting with the cleaning of the pipes that supply the concrete. Due to a lack of communication one of the lines was disconnected and he was hit by pressurised water and concrete debris. He suffered head and hip injuries as well as a broken finger and was hospitalised for six days.

An HSE investigation found a failure to provide a safe system of work relating to the operations Renè Tká?ik and Alex Vizitiu were working on. It was also found there was a failure to properly maintain the excavator which reversed into Ian Hughes.

On all three occasions, the investigation found a failure to properly enforce exclusion zones that would have helped protect workers from foreseeable harm.

Bam Ferrovial Keir, of the corner of Charterhouse Street and Farringdon Road, London pleaded guilty to three offences. In relation to the death of Renè Tká?ik, it admitted to breaching Regulation 10(2) of the Work at Height Regulations 2005. Fine £300,000 in relation to this offence.

HSE Head of Operations Annette Hall said: “The omission to implement exclusion zones in a high hazard environment was a consistent failure in this case. Had simple measures such as these been taken, all three incidents could have been prevented, and Renè Tká?ik may not have died.

“We believe every person should be healthy and safe at work. Here, all three workers were taking part in one of the most important and challenging infrastructure projects of the decade. It was this joint venture’s duty to protect its dedicated and highly-skilled workforce. On these three occasions, BFK failed in its duty, with tragic consequences for Renè Tká?ik and his family.”

Picture: Crossrail for illustration purposes only

Rinnaiâs Chris Goggin looks at some of the reasons why the UK media is favouring some energy vectors over others in the current era of transition to Decarbonisation and NetZero. Click Image To Read More

Rinnai Operations Director Chris Goggin comments: âRinnai welcomes the UK âHeat and Buildings Strategy,â as it outlines a route to a green industrial revolution that enables the delivery of a lower carbon future and achievement of NetZero targets. Click Image To Read More ...

The value of a regular programme of faĂ§ade and window redecoration goes far beyond the very obvious aesthetic improvements it entails. Click Image To Read More