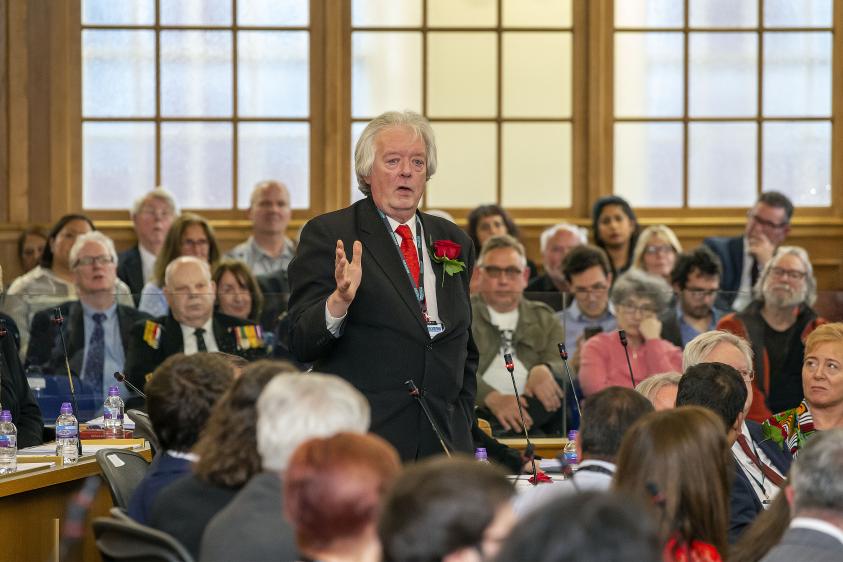 As their ten-year support services contract with Capita draws to an end, Barnet Council has voted to bring HR, finance, IT and estates back in-house.

Barnet Council first awarded Capita a ten-year contract to run the council’s main internal support services,  as well as outward-facing customer services and the revenues and benefits service, in 2013.

The council also went into partnership with Capita, forming Regional Enterprise (RE), to run services including highways, planning, regeneration and development and environmental health.

The change in service provision builds on the Labour council’s manifesto pledge to bring privatised services back in-house.

“The decision to run services in-house will save Barnet’s council taxpayers money and return 370 staff to direct employment by the council. The remaining Capita contract, CSG, will close by 2026, before the end of our administration’s first term.”

In 2018, Capita admitted to failings in an IT system used by 21,000 schools in the region. This could have “ incorrectly linked contact details to the wrong pupils – an incident with huge implications for pupils’ data protection.”

Also in 2018, an independent review of financial controls at Barnet council was commissioned, following the identification of a significant fraud committed by a former member of staff working for RE.

Known as “The Grant Thornton Report”, it found that “there were insufficient financial controls in place in the outsourced finance and regeneration services."

At the time, Shadow Chancellor John McDonnell dubbed the events “a really good example of the iniquities of outsourcing”.

Groups such as Barnet Trades Union Council have long campaigned for an end to outsourcing at Barnet Council through its “Kick Out Capita” campaign.

Leader of Barnet Council, Cllr Barry Rawlings, said: “Most of the services outsourced by the previous administration will be back under direct council control by next year (2023).

“The decision to run services in-house will save Barnet’s council taxpayers money and return 370 staff to direct employment by the council. The remaining Capita contract, CSG, will close by 2026, before the end of our administration’s first term.”

“HR and finance will be extended for just 12 months, however, IT, customer services and revenues and benefits are more complicated to bring back straight away and doing so would cost council taxpayers £2.6 million each year, which would result in redundancies and cuts to services.

“Instead, the council will extend the contract for these services until March 2026, which will provide a saving of £254,000 and allow the council more time to make arrangements for the future of these services in the shortest timeframe.”

Research commissioned by Willmott Dixon reveals councils in England in Wales will struggle to reach sustainability goals unless work is carried out on many of their...