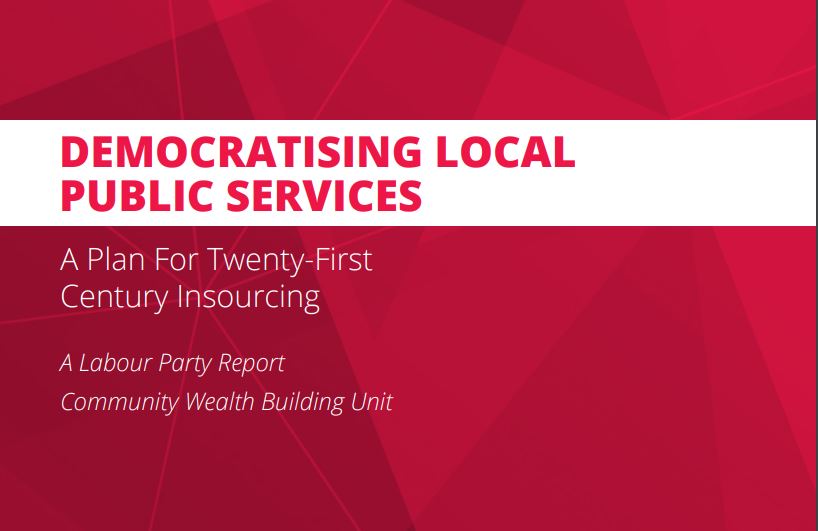 Should Boris Johnson fall and the Conservative Party with him at the next general election and Labour get in, insourcing will be the order of the day, Labour’s Shadow Chancellor John McDonnell has said.

McDonnell and Shadow Local Government Secretary Andrew Gwynne made the commitment on Saturday July 20. The pair described their plans as a revolution to reverse the trend of public services being outsourced to private providers and bring these services back in house, to be delivered by the public sector.

McDonnell used language such as 'scandal' and 'rip off' as he described 30-odd years of outsourcing of key public services. he reckons the Labour stance would improve services, save taxpayers’ money and increase democratic accountability.

When the finger points

The two Labour ministers also criticised the legacy of decades of outsourcing in local government, stating that private companies have failed to uphold their contracts to deliver services, with standards deteriorating and the taxpayer picking up the bill.

Under the plans Labour would:

'Democratising Local Public Services: A Plan for Twenty-First Century Insourcing – Labour’s blueprint for a radical overhaul of local government' – was launched on Saturday July 20 at an event in London held by Labour’s Community Wealth Building Unit, a network of councillors and experts working together to rebuild local economies, renew faith in local services and deliver a renaissance of local government in communities across Britain in the face of austerity. John McDonnell MP said: “After year upon year of failures the public has rightly lost confidence in the privatisation of our public services and the carve up of the public realm for private profit. The government’s ideological pursuit of privatisation and outsourcing has seen the public pay the price as fat cat bosses count their profits.

“It’s time to end the outsourcing scandal which has seen private companies rip off the taxpayer, degrade our public services and put people at risk whilst remaining wholly unaccountable to the people who rely on and fund these services.”

Andrew Gwynne MP said: “Labour will end this racket and ensure that our vital public services are delivered in the interests of the people our local authorities are here to serve, not in the interest of outsourcing firms’ profit margins and wealthy shareholders. People are more important than profit, and our public services belong to local people.

“Labour will set out in law that in house delivery of public services delivered by the public sector will be the default option for councils.

“In government, Labour will boost local economies by spending taxpayers’ money on local suppliers and local workers and we will support councils as they deliver radical change and give power back to our communities. Our plan is a plan for public services run for the many, not the private interests of the few.”

Boris Johnson has resigned as Prime Minister after a sequence of shifts in the cabinet. A public statement at Downing Street is expected today from the PM after less...

Met Set to Resume Market Testing for Ż800million Worth of Contracts