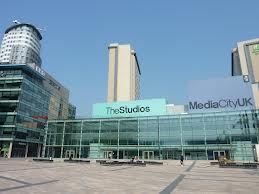 Facilities management service provider Servest Group has won a three-year contract with the BBC to provide catering to 18 locations in the UK.

Under the contract, which is worth £8.5 million a year and has a possible two-year extension, 300 staff will provide a full range of catering services for 14,000 of the broadcaster’s staff and their visitors.

The contract, which starts on 1 April 2014, extends to 27 outlets including 24/7 staff restaurants, deli bars and Costa Coffee outlets in addition to catering for meetings and green rooms and for outside broadcast events.

The 18 locations include landmark sites such as New Broadcasting House and Media Village in London, MediaCityUK in Salford Quays, Cardiff and Bristol. They range from offices and production facilities to broadcast sites.

The BBC’s catering was previously delivered by two FM providers and their sub-contractors. Servest won the contract under a competitive tender. The company has expertise as a national service provider.

Alan Bainbridge, Director of the BBC's facilities management re-procurement project, said: "Servest has been successful in winning all the procurement lots. The BBC will benefit from both consistency across all sites but local sourcing wherever possible.”