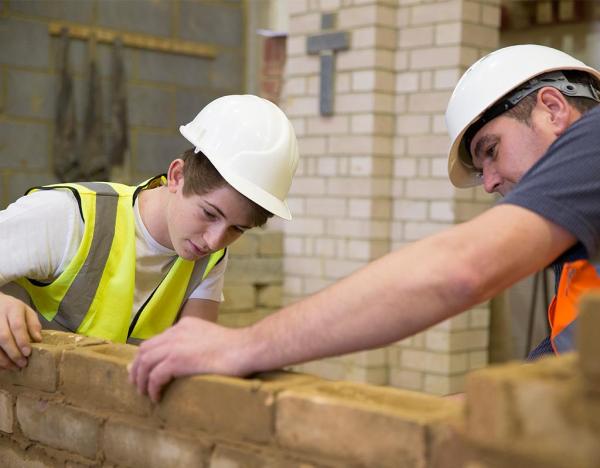 One Way, a specialist recruiter for the built environment, rail, civil engineering and heavy plant backs an analysis which has found that a lack of available professionals is the major factor behind the ‘huge spike’ in pay, rather than an increase in demand.

It follows reports from the Recruitment and Employment Confederation that bricklayers are being paid up to £1,000 per week in some cases.

“Firstly, this is excellent news for bricklayers across the UK who are likely to be pretty pleased with their hugely increased earning potential,” stated Paul Payne, MD, One Way. “However, this is a bubble and the rise is solely related to the lack of professionals in the market, rather than any huge uptick in productivity or demand.”

One Way has been arguing that the market is understocked with ‘available talent’ and that eventually either productivity would be adversely affected or budgets would have to be increased to account for these pay rises.
“What this also highlights is that even a small increase in demand could have a huge impact on the construction industry and could put many projects under enormous pressure,” explained Payne. “Not many house builders or construction firms will have budgeted for the fact that they have to pay bricklayers £1,000 per week and they won’t be able to keep up those pay rates for very long.”

One Way is advocating that a long term approach to get more people working in construction is required and that this is resolved quickly. It sees the upcoming apprenticeship levy as a small step in the right direction but  more immediate action was required. “If not – and we keep walking the tightrope when it comes to talent shortages – then productivity will be affected, BREXIT or no BREXIT,” concluded Payne.

Picture:    Bricklayers are commanding £1,000 per week but shortages are occurring that need to be addressed quickly

The bitter dispute between the GMB union and SITA Sembcorp UK at the Teesside Waste To Energy Construction Site in Redcar carried on over the weekend. The rally on...

A protest has been organised over the alleged exclusion of locals from jobs on a construction site in favour of cheaper labour where only one in ten speaks...