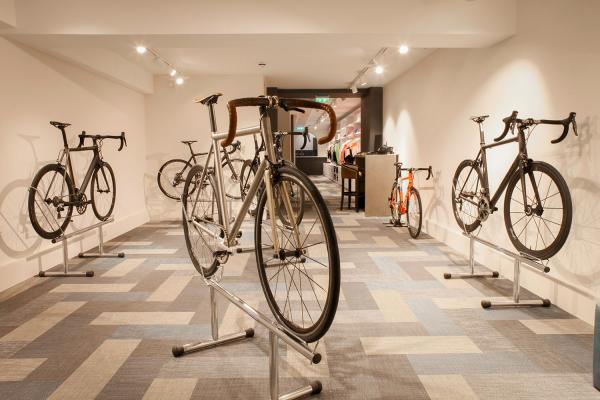 With significant investment in each of its store locations, the retailer was keen to offer the highest level of protection for the benefit of staff and visitors on site and partnered with Amthal Fire & Security, that had a survey of each site undertaken.

Liam Lynch, Operations Manager, Bespoke Cycling said: "Amthal Fire & Security completed a full site survey at each site and then worked out a works programme for the installation process to operate within our very tight fitout schedule. The result is a seamless integration of security which is hardly noticeable and can be managed centrally to offer powerful protection.”

Picture: Amthal Fire & Security undertook surveys of each Bespoke Cycling outlets to ensure they would have security that fitted their specific needs

A Metropolitan police officer remains in a serious but stable condition following his involvement in arresting smash & grab moped raiders who had targeted a...

Police had to responded to a robbery early on Wednesday morning at Brent Cross shopping in London and arrested five men involved in a smash and grab raid. Officers...