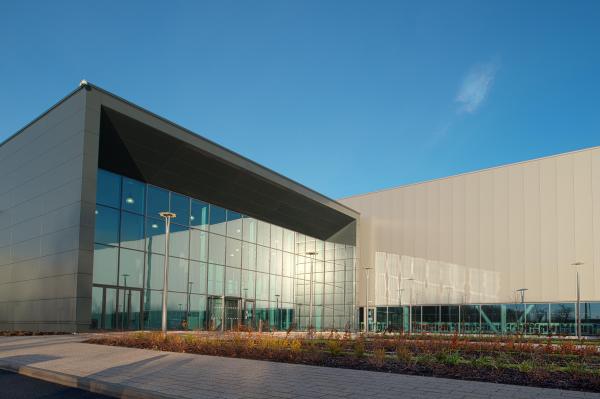 Interserve, the international support services and construction group, has completed and handed over the construction element of Jaguar Land Rover’s new Engine Manufacturing Centre near Wolverhampton. This is seen as a major project milestone at the Centre, with the first engines due to come off the production line early next year.

The site will be the home for a new generation of technologically advanced, lightweight, four-cylinder low emission diesel and petrol engines, and is expected to employ almost 1,400 people.

Interserve will continue work at the plant, supporting the construction of a second assembly hall for petrol engines.

“One of the biggest tasks on this project has been to keep pace with the success of Jaguar Land Rover,” explained Mark Green, Project Manager, Interserve. “We were required to incorporate a 7,000m2 capacity increase partway through the construction period, while still maintaining all of Jaguar Land Rover’s process installation dates and machine delivery dates  in order to maintain its engine production programme.”

Mr Green went on to state that this had required Interserve, its contractors, Jaguar Land Rover and its contractors to work effectively together to ensure that all were able to deliver “without compromising one another’s work”.