Bill for Museum of Liverpool Problems Rises to £3m+ 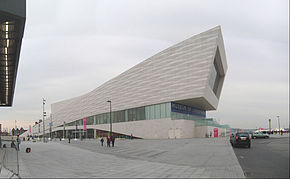 AEW, an architectural firm based in Manchester has been ordered by the High Court to pay a further £1.2m – the total is now over £3m – in compensation for major technical problems on the Museum of Liverpool.

The waterfront building was to be ‘beacon structure for Liverpool’ but has been plagued by problems. Steps that were to from an amphitheatre type seating area outside have been nothing but trouble (and saw well over £1m awarded in damages) while the collapse of a suspended ceiling have really thrown the spotlight on AEW.

In 2011, a large number of ceiling panels fell down in the ‘Creative City Gallery’, injuring a workman and damaging the exhibition. Panels in other areas of the building were found to be in danger of collapse.

In another incident in 2012, high winds caused ceiling tile to fall, with one hitting a visitor.

AEW has secured a contribution of £205,080 from joint venture main contractors PIHL and Galliford Try.

The transition from a buildingŌĆÖs construction to occupation isnŌĆÖt always smooth. Gosha Jacewicz shares her experience explaining the challenges faced are a result of two significant phases in the life of a building coming together at the single point of practical completion. Click Image To Read More