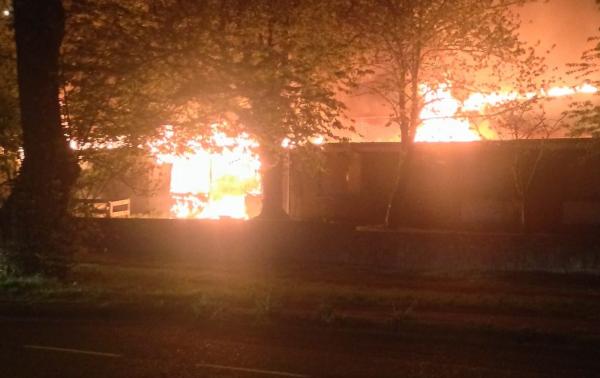 Six fire engines and 35 firefighters and officers were called to a fire in a disused ventilation shaft at Oxford Circus underground station on Monday 8 night.

Gaining access to the fire was difficult as it was located in a non-public area of the station. Around 400 people were evacuated before the Brigade arrived.

The Brigade was called at 9:50pm and 35 firefighters (and 12 appliances) worked on the blaze until after midnight.

About 80 officers and another 12 fire engines were required to deal with a fire in the roof of a building on Long Acre in Covent Garden on Saturday 6 afternoon.

Part of the mansard roof and two split level flats either side of the roof were damaged in the building consisting of shops with flats above it.

19 firefighters and four appliances tackled a blaze for over 8 hours on Wednesday night that the police believe is the result of arson. It occurred at a derelict building in East Belfast.

The building has now been completely destroyed.

Picture: From an amateur phone video at the scene of the East Belfast blaze