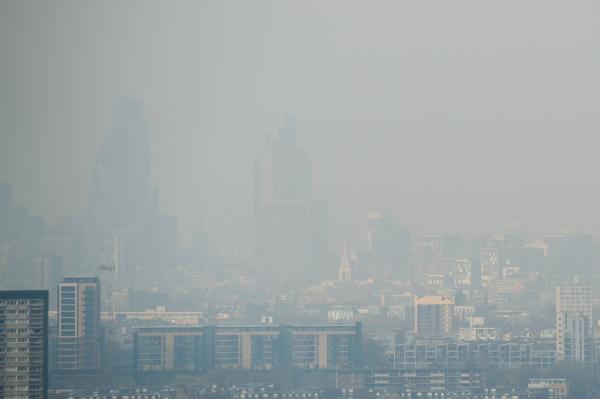 The Mayor of London, Boris Johnson, has just published the world’s first report to use updated methods to assess the true health and economic impacts of air pollution.

The report, produced by experts at King's College London, for the first time quantifies the health and economic effects of the air pollutant nitrogen dioxide (NO2), where all previous studies have focused on particulate matter (PM2.5).

Combined together, the effects of both pollutants reveal a higher health impact than previously estimated after taking into account this further pollutant. The study also found that nearly half the health impacts are caused by air pollution outside London such as diesel fumes and industrial emissions transported from the Continent.

Based on this detailed information, the Mayor has renewed his call on the Government and the EU to urgently take further action to improve air quality in London, across the UK and Europe.

Johnson, who is a vehement anti-Heathrow runway expansionist, believes that given an improved understanding of the health effects associated with NO2, the Government must now rule against any Heathrow development.

The report focuses on 2010, as this is the most recent available ‘base’ year for the London Atmospheric Emission Inventory which provides an understanding of air quality in the city. Projections from 2008, 2012, 2015 and 2020 are also included based on the data from 2010.

As this data is five years old, it does not include the impact of tightening Low Emission Zone standards, hybrid buses and introducing age limits for taxis, nor the expected benefits of the Ultra Low Emission Zone in 2020.

Key findings from the study found:

Dr Heather Walton from the Environmental Research Group at King’s College, London, author of the report said: “The health evidence on the health effects of nitrogen dioxide has strengthened in recent years, including evidence linking long-term exposure to nitrogen dioxide with mortality.  It is now thought that there is an additional effect beyond that previously quantified for the effects of long-term exposure to PM2.5.

“This report quantifies the possible maximum size of this additional effect in London in 2010, expressed as loss of life years and equivalent deaths, acknowledging uncertainties such as the contribution from traffic pollutants other than NO2. It is important that these types of calculations are funded, published and debated to ensure the health benefits of policies to reduce emissions of air pollutants such as nitrogen dioxide are fully recognised and used to design the best policies for the future.”

Alongside the King’s study, the Mayor has also published an update on his Air Quality Strategy detailing the progress made on delivering hard hitting measures to tackle air pollution including securing £65 million in funding to help taxi drivers to reduce emissions and support the roll out of 9,000 zero emission capable taxis by 2020, and signing off the Ultra Low Emission Zone following extensive public and stakeholder consultation. Taken together these measures will ensure that 80 per cent of central London meets EU legal limits for NO2 by 2020.

Boris Johnson said: “This is a snapshot of the true impact of air pollutants on our health. My greatest priority remains to protect the well-being and environment of Londoners, and this scientific evidence will ensure we have all the information needed to continue delivering comprehensive measures that bring real change.  I’ve been criticised for cleaning up taxis, upgrading bus fleets and my plans for the world’s first Ultra-Low Emission Zone in 2020, but this study shows imperatively why these bold measures are required. I need the help and strong support of the Government and the EU to effectively win London’s pollution battle and target the enormous amount of toxic air transported into our great capital internationally.”

Picture: 4 million life years could be saved by cutting pollution.